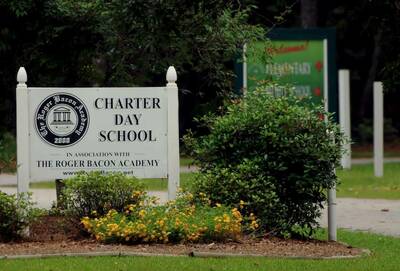 Notre Dame, IN — Religious social service organizations in many states—from adoption agencies to food pantries—may be faced with the choice of secularizing or giving up their funding and closing as a result of a recent decision regarding privately operated charter schools in North Carolina.

The Notre Dame Religious Liberty Clinic filed an amicus brief in the U.S. Supreme Court on Friday, requesting that certiorari be granted in Peltier v. Charter Day School. In Peltier, the Fourth Circuit held that a publicly funded charter school in Leland, North Carolina, is a “state actor” for purposes of federal law even though it was operated by private individuals.

Religious Liberty Clinic Supervising Attorney John Meiser explained the significance of the court’s ruling: "State-action doctrine isn't something many people would think about or maybe have even heard of. But it's quite important in constitutional law and, as this case shows, for the freedom of private organizations. The Constitution regulates only the actions of the government—or so-called ‘state actors’—not private groups. Private citizens enjoy certain freedoms that government agencies do not."

"This distinction is particularly important for religious groups,” Meiser continued. “While the government must act in a way that is religiously neutral, private people have the fundamental right to exercise their religion. But if the programs of a religious group were declared to be ‘state action,’ that right would disappear. It would force the group to choose: either secularize your programs or end them.”

The Clinic’s brief contends that the Fourth Circuit’s expansive interpretation of “state action” threatens to put that choice to many thousands of private religious groups. The brief argues that although charter schools – and many other social service organizations – partner with governments to serve critical public goals, that does not transform them into state actors. Nor does it make these organizations state actors to receive government funding.

The brief argues that treating so many private groups as “state actors” will endanger vital services provided by religious charitable groups.

“Religious organizations partner with the government to fulfill a vast array of important public needs,” Meiser said. “Communities across the country rely every day on the work of faith-based charitable groups—including adoption and foster care agencies, childcare and early learning centers, emergency shelters, food pantries, healthcare providers, refugee assistance organizations, and much more. If religious organizations are forced to retreat from public service, these vital resources will be lost to those who need them most.”

“I am grateful for the opportunity to have worked with Professors Meiser and Garnett on this project,” said Buckner, a 3L in her second year with the Clinic. “Writing the brief gave me a greater appreciation for the irreplaceable, positive impact religious groups have on American society through their various ministries. I hope our brief helps the Court see the impact this case could have and why it should take it.”