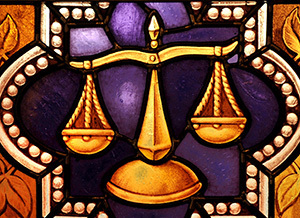 A week prior to the beginning of this fall semester, NDLS’s common areas were already abuzz with students conferring and debating. In the hallways, seminar rooms, and classrooms, nationally known trial lawyers and judges were observing student pre-trial performances and asking penetrating questions.

This has been the new normal ever since the Notre Dame Intensive Trial Advocacy (ITA) Program began in the spring of 2004. ITA students and faculty return to school a week early each semester so that they can dedicate themselves to their trial workshops all day, every day, without distraction.

The formal program goes from 7:30 a.m. until 6:30 p.m. with many students working long into the evening. These weeklong pre-semester workshops are then followed by continued training and simulated trials throughout the rest of the semester.

Not all of the rising 2Ls and 3Ls who participate in this course want to be litigators. As Professor James Seckinger, the program director, has explained, “The program is valuable for students who want to enhance their ability to analyze facts critically, understand the relationship between the facts and what the client wants to achieve, and then communicate clearly to the decision-maker. The skills learned here are useful for every lawyer.”

Each semester, over 40 faculty travel to South Bend on their own time and at their own expense to make this endeavor possible. The number of students in the ITA program is roughly the same as the number of volunteers, providing a one-to-one student-teacher ratio. Often three or four volunteers will observe and critique each student performance.

Professor Jim Seckinger, who created the program, is one of the nation’s outstanding trial-advocacy teachers. A member of the Notre Dame law faculty since 1974, he first joined the National Institute for Trial Advocacy (NITA) faculty in 1973 and went on to serve as its director from 1979 to 1994. Since 1994, he has continued teaching trial advocacy at NDLS.