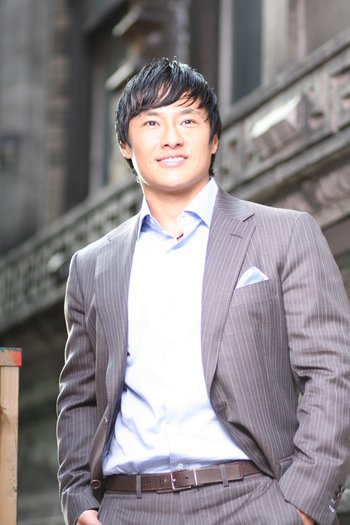 Lee, president of MBK Sport Management Group, said he was raised with Christian values as a child and he found those values to be at the core of his success with his sports management company.

“Give more than you receive,” Lee said. “If you give freely without any expectation of return, you’ll get back what you give 100 fold.”

As an NFL player’s agent, giving without the expectation of a return can be risky, but it’s what Lee says makes his company successful.

In an industry that Lee described as adversarial by nature, going the extra mile for his clients and forging positive relations with his peers has paid off financially for his company, he said.

“Because of my relationships, I’ve had scouts give me the heads up on under-recruited, under-the-radar players from Division II schools,” Lee said. “They’ve ended up being players that we have signed and gone on to long careers in the NFL.”

The ins and outs of Lee’s job as an agent were highlighted in the ESPN documentary “The Dotted Line.” The film gave a behind-the-scenes look at what it takes to be a big-time agent in what the film’s producer, Morgan Suprlock, called the “fiercely competitive world of major league sports.”

In the film, Lee said he faced a major setback after he helped Jacquian Williams, a University of South Florida linebacker, prepare for the 2011 NFL Draft. Despite investing thousands of dollars into Williams’ pre-draft expenses and advancing him $10,000 during the NFL lockout, Williams terminated his relationship with Lee just one month after he was drafted into the league — before Lee could officially negotiate his contract with the New York Giants and collect his commission.

“It was devastating to say the least,” Lee said. “It was a major blow.”

Lee said it’s common for agents to front marketing and training expenses for rookie players in the hope that they will see a return on their money once they negotiate contracts and receive commissions for those players.

After that experience, Lee said that he was filled with anxiety and doubt. He said he worried that once the documentary aired nationally, his colleagues and potential clients would negatively judge his business acumen. Despite this setback, Lee took it as an opportunity to learn and grow from his mistakes.

To Lee’s surprise, after the film’s debut, he received encouragement and praise from viewers around the world, who said they admired his work ethic, honesty, and poise after the setback.

How Lee recovered from experiences like the one with Williams are chronicled in the book he wrote last year, “My Brother’s Keeper: Above and Beyond the Dotted Line” with the NFL’s Most Ethical Agent.” Lee gave readers insight into why he chose to walk a path of righteousness, conducting business with the same integrity and faith by which he lives.

“I truly believe that I am my brother’s keeper,” said Lee. “My clients are my brothers. I am the steadfast rock on which they can rely on the trials and triumphs of life in the NFL.”