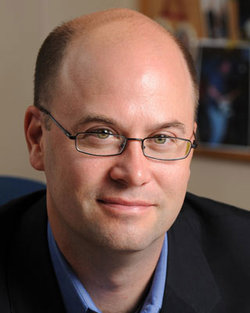 Richard Garnett, NDLS Professor and Director of the Program on Church, State & Society, has been appointed by the U.S. Commission on Civil Rights as one of 18 Indiana citizens to its Indiana Advisory Committee.

“The Indiana State Advisory Committee will take seriously the mission to protect the spirit of civil rights and civil rights enforcement in our state. The committee will look at policies and practices statewide in an effort to eradicate discrimination, advance rights and identify solutions to civil rights issues on the basis of race, color, religion, sex, age, disability, or national origin.”

Professor Richard Garnett teaches and writes about the freedoms of speech, association, and religion, and also about constitutional law more generally. He is a leading authority on questions and debates regarding the role of religious believers and beliefs in politics and society. He has published widely on these matters, and is the author of dozens of law-review articles and book chapters. His current research project, Two There Are: Understanding the Separation of Church and State, will be published by Cambridge University Press. Professor Garnett is regularly invited to share analysis and commentary in national print and broadcast media, and he contributes to several law-related blogs, including Mirror of Justice and PrawfsBlawg. He is the founding director of Notre Dame Law School’s new Program in Church, State, and Society, an interdisciplinary project that focuses on the role of religious institutions, communities, and authorities in the social order.

The U.S. Commission on Civil Rights is an independent, bipartisan agency charged with advising the President and Congress on civil rights matters, studying civil rights issues, and issuing a federal civil rights enforcement report. For information about Commission’s reports and meetings, visit http://www.usccr.gov.

Originally published by Denise Wager at churchstate.nd.edu on January 15, 2015.