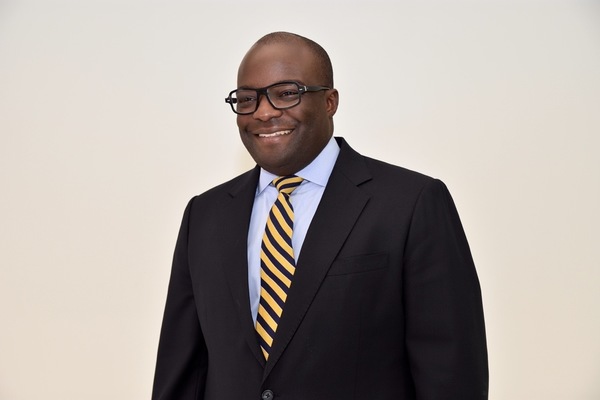 Addressing what he describes as the critical need to expand computer science across the nation’s K-12 classrooms and prepare more American students to take on jobs of the future, President Barack Obama will recognize a group of distinguished individuals—including one Notre Dame Lawyer—as “White House Champions of Change for Computer Science Education."

Cordell Carter, II, ’07 J.D., will be honored at the Champions for Change program, for his work as CEO of the TechTown Foundation. NDLS will have a live stream of the event—with dessert—at 1 p.m. Tuesday, Jan. 26, in 1130 Eck Hall of Law.

“It’s an indicator that we’re doing something right,” said Carter, when asked what this acknowledgement means to him. “It’s great someone nominated me from the community, but I really see it as a composite of the work I’ve been doing since graduating from Notre Dame. It’s especially gratifying considering the non-traditional path I’ve taken.”

Located in Chattanooga, Tenn., TechTown is an operator of technology and arts education centers designed to level the playing field for all young people by providing access to a unique technology and entrepreneurial learning center, career awareness of the unlimited possibilities in technology field, and 21st century workforce training via problem-based learning.

Prior to TechTown, Carter was the chief of staff and director of U.S. programs for the Bill & Melinda Gates Foundation. He was also vice president of operations for the National Alliance of Public Charter Schools and vice president of public policy for the Business Roundtable, where he lead the Education and Workforce Committee. Earlier in his career, he served as Seattle Public School District Director of School Support Services, was a Robert Bosch Foundation Fellow with Kreditanstalt fuer Wiederaufbau Bankengruppe and a strategy consultant with IBM.

“Throughout law school, Cordell exhibited a passion for service, education, and innovation,” said Cristal Brisco, ’06 J.D., and a former classmate. “His success is the perfect example of the positive impact one’s career can have on the community when passion meets purpose.”

While American students as a whole aren’t being fully exposed to the advantages of the industry, research from the U.S. Department of Commerce indicates the underrepresentation of women and minorities in undergraduate computer science and information systems programs is a pervasive and persistent problem.

“Frankly we’re heading towards dilution of our national standing and economic power. The top quadrant of value chains for any economy is creation and innovation. So we have to stay in quadrant or we’ll be observing other countries, that invested in their people early, doing amazing things, like creating the next Microsoft, rather than looking at American innovators doing great things.”

In his 2016 State of the Union Address, Obama said, “In the coming years, we should build on [our] progress, by providing Pre-K for all and offering every student the hands-on computer science and math classes that make them job-ready on day one.”

Carter said it is the children he interacts with at TechTown that inspire him. “When you see those lights come on in those kids. When they say to themselves ‘I’m a creator. I’m not just a passive consumer. I don’t just use smart phones; I make them.’

“That light, that transformational experience; that’s what drives me.”

With TechTown, Carter said he is looking to lead the pack in exposing youth to art and technology training, eventually opening centers in Seattle, Norfolk, New Orleans, Chicago, and Washington, D.C.

Carter challenged Notre Dame law students to dig deep and evaluate the full scope of opportunities that will be presented to them after graduation.

“They should think of their degree not as a destination or a certification they’re chasing after, but as the beginning of a journey,” he said. “They have to think of themselves as leaders first and their J.D. as a leadership credential. You learn those leadership skills in a trial advocacy course, legal writing course. All these things you’re doing are making you a more competent leader, not just a competent lawyer.”