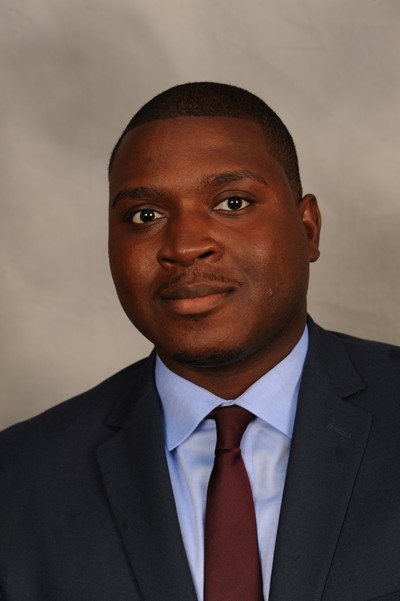 Walter Jean-Jacques, 1L, has been named a 2018 Haywood Burns Fellow by the National Lawyers Guild. The fellowship sponsors law students working in public interest internships across the country to help build their legal skills and strengthen their long-term commitment to social justice. Jean-Jacques is one of only five fellows selected this year.

At a very young age, Jean-Jacques had already developed clarity about what he wanted to do with his life. He witnessed incessant crime in his childhood neighborhoods in Newark, New Jersey. Young people, many whom he knew, were being arrested and entering the criminal justice system at alarming rates. This was true especially for African American teens, and Jean-Jacques felt he had to do something to mitigate what he saw as injustices. He realized that, for him, the way to make a difference in the lives of urban kids like himself would be to become a lawyer, serving and representing young people.

Jean-Jacques said that he has always been inspired by the late Supreme Court Justice Thurgood Marshall for many reasons, including his founding of the NAACP Legal Defense and Educational Fund. It became his dream to someday work for the NAACP.

This summer Jean-Jacques will see his dream come true, interning with the NAACP Legal Defense and Educational Fund in New York City. He will work on juvenile justice and school segregation issues.

“I am so honored to have the opportunity to work for an organization that Justice Marshall helped create,” Jean-Jacques said.

“I was in shock and humbled to receive both the internship and fellowship,” he said. “They took a chance on me as a first-year law student, and I am humbled that they thought I would be a good fit.”

Jean-Jacques has a bachelor’s degree from Columbia University and a master’s degree in social policy from the University of Pennslyvania.

When choosing a law school, Jean-Jacques knew Notre Dame would be a good fit.

Notre Dame Law School’s approach of educating a different kind of lawyer resonated with him. “I knew I wanted to be a servant to the public, and I knew that my passion would be supported here at Notre Dame by the professors and the school,” he said.

Jean-Jacques has already immersed himself into life at the Law School. He is the 1L representative for Notre Dame Law School’s chapters of the Black Law Students Association, Exoneration Project, and National Lawyers Guild. His favorite class so far is Criminal Law. And he mentioned Professor Randy Kozel as a favorite professor.

“One of the reasons why I am so happy I chose Notre Dame Law School is how caring and thoughtful the professors are to the students,” Jean-Jacques said.

While at Columbia University, Jean-Jacques interned with the National Urban League, Brennan Center for Justice at New York University Law School, African American Policy Forum, Congressional Black Caucus Foundation, and U.S. House of Representatives. After graduating from Columbia, he was a sixth-grade English and social studies teacher for Baltimore City Public Schools. He also served as a criminal defense and civil litigation paralegal for Gerald B. Lefcourt P.C. in New York and was a Graduate Public Policy Fellow for the Philadelphia City Council.