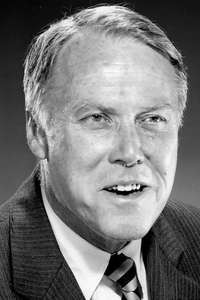 Noonan, who passed away last month at the age of 90, was influential as a professor, scholar, and judge, and a leader in relating Catholic theology to the law.

He was a member of the Notre Dame Law School faculty – recruited by the Rev. Theodore M. Hesburgh, the University’s longtime president – from 1961 to 1966.

Noonan left Notre Dame in 1966 to join the faculty at the University of California, Berkeley, School of Law. In 1985, President Ronald Reagan appointed him to the U.S. Court of Appeals for the 9th Circuit.

The New York Times, in a remembrance published April 21, called Noonan a “polymath who defied ideological pigeonholing on profound issues like assisted suicide, the death penalty, civil liberties, and illegal immigration.” During three decades on the federal bench, he heard oral arguments in 3,459 cases and wrote 1,080 decisions.

Noonan authored more than a dozen books, including “Contraception: A History of Its Treatment by the Catholic Theologians and Canonists” – which was published in 1965 and is credited with influencing Pope Paul VI to appoint a commission to study birth control.

He later returned to Notre Dame Law School for a semester as the first James J. Clynes, Jr., Visiting Chair in the Ethics of Litigation. In 1984, he received the Laetare Medal, which the University of Notre Dame awards annually to a Catholic “whose genius has ennobled the arts and sciences, illustrated the ideals of the Church, and enriched the heritage of humanity.” He also spoke at the University’s commencement in 2009.

“For a lot of us in legal practice and legal education, he was the moral compass,” said the Rev. David T. Link, who was Notre Dame Law School’s dean from 1975 to 1999.

Link was in one of Noonan’s classes as a 3L at Notre Dame Law School and said he continued to call Noonan for advice throughout his career.

Judge Diarmuid F. O’Scannlain, one of Noonan’s colleagues at the U.S. Court of Appeals for the 9th Circuit as well as a past Clynes Chair at Notre Dame Law School, delivered the eulogy at Noonan’s funeral on April 22 in Oakland, Calif.

“There may be no more accurate testament to John’s academic prowess than the fact that institutions as renowned – and as divergent – as Pope Paul VI’s papal commission on contraception, the University of Notre Dame, and Boalt Hall at Berkeley all sought his expertise,” O’Scannlain said.

“John once described Catholicism as the largest intellectual force in his life, and it showed,” O’Scannlain said. “Anyone who knew John – regardless of his or her own personal beliefs – was deeply impressed by John’s commitment to his faith.”

Several other members of the Notre Dame Law School community also shared memories of Noonan and the impact he had on them.

“I remember fondly his generous visits back to campus during my tenure as dean – in particular, a series of lectures he delivered on the development of moral doctrine that evolved into one of his many remarkable books, ‘A Church That Can and Cannot Change,’” O’Hara said.

“Brilliant, witty, and ever humble, Judge Noonan was a man of letters, as well as a man who lived the courage of his convictions,” she said. “He was an exemplar of the integrated life of faith and reason. His passing is a loss to the bench, the bar, and the academy, each of which he served so well.”

Fernand “Tex” Dutile, a professor emeritus of law at Notre Dame Law School, was in Noonan’s Professional Responsibility class in the early 1960s.

“Immediately obvious to all of us students were the power of his intellect and the depth of his thought,” Dutile said. “He had a wonderful sense of humor and an easy laugh. He was friendly and generous. He kindly took my wife Brigid and me – and many other students on other occasions, I’m sure – to dinner at the Morris Inn and gave me my first lessons on wine.

“John’s achievement as scholar, professor, judge and public intellectual is dazzling and matched only by the humility that characterized it,” Dutile said.

Judge Kenneth Ripple, a professor of law at Notre Dame Law School, has served on the U.S. Court of Appeals for the 7th Circuit since he was appointed by Reagan in 1985 – the same year that Noonan was appointed to the 9th Circuit.

“John Noonan’s contributions to the law and to our general intellectual life were many and, more importantly, profound,” Ripple said.

“He realized that the law is rarely black and white. He accepted that most important questions involve innumerable shades of grey. His ability to distinguish among those shades of grey was an exceptional gift,” Ripple said. “In his broader scholarship, he kept us in touch with our philosophical and historical roots. He made us think. His contributions will walk the corridors and conference rooms of our courts and universities for ages to come.”

John H. Robinson, an associate professor of law at Notre Dame Law School, first met Noonan in 1975 while teaching philosophy at the University of San Francisco.

“He encouraged me to go to law school and even suggested that his law school might be right for me. I took his advice and studied law at Berkeley,” Robinson said.

Robinson took a seminar on legal ethics that Noonan taught at Berkeley. During that course, he read Noonan’s “Persons and Masks of the Law” – which Robinson still considers one of the best books about law that he has ever read. Robinson also remembers Noonan leading the students through transcripts of President Richard Nixon’s conversations with advisers and pressing the students to identify where, if anywhere, the president’s lawyers had failed in their ethical obligation to exercise independent professional judgment in candidly giving Nixon advice as opposed to simply telling the president what he wanted to hear.

“That may not sound very exciting,” Robinson said, “but it was a great way for Professor Noonan to teach us one of the most important lessons that any lawyer can learn: that giving legal advice to one’s clients can often be an exercise in courage, at least as much as it is an exercise in competence.”

M. Cathleen Kaveny, a professor of law and theology at Boston College and a former professor at Notre Dame Law School, said that Notre Dame was a fruitful place for Noonan’s work.

“In the early 1960s, as a professor at the Law School, he did his groundbreaking work on the historical development of the Church’s teaching on contraception. His conversation partners included luminaries of the Notre Dame firmament, including Bob Rodes and Tom Shaffer,” Kaveny said. “Forty years later, he returned to Notre Dame to deliver the Erasmus Lectures, which became ‘A Church that Can and Cannot Change: The Development of Catholic Moral Teaching.’

“Throughout his career, Judge Noonan has focused his academic energies on questions of development and change in normative traditions, such as the American legal tradition and the Catholic moral tradition,” said Kaveny, who clerked for Noonan. “Yet there were two unshakable touchstones that guided his efforts: his commitment to the inviolable dignity of each human person as made in the image of God, and his belief in the unceasing obligation of Christians to preach the Good News given to us by Jesus Christ.”