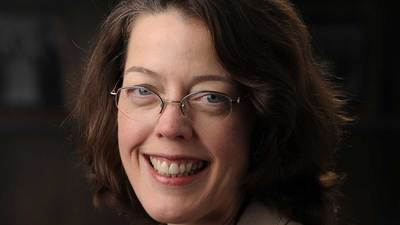 President Donald Trump has warned that a caravan of Central Americans headed for the U.S.-Mexico border amounts to an “invasion” of America and that the U.S. military will be waiting.

But, a University of Notre Dame Law School professor and renowned expert on international law on the use of force says the migrants pose no national security threat to America and blames misuse of the military for helping to create conditions that “compel people to risk everything in the hope of a life of dignity.”

O’Connell says stationing armed forces on the border to confront the caravan squanders resources and exacerbates the flawed thinking that military force can solve all of America’s problems.

“During the Cold War, the U.S. military and CIA propped up anti-communist dictatorships around the world, including in Central America,” O’Connell says. “The legacy of torture, abuse and mass killing translates into the rampant violence still plaguing these states. When the Cold War ended, the U.S. did little to undo the damage — little to support nonviolent change, to support the rule of law, the creation of jobs, provision of education and health care. Rather, the U.S. doubled down on using military force in all the wrong ways. Post-Cold War U.S. presidents have sent the military to attempt arms control, confront terrorism and impose democracy and human rights.”

According to O’Connell, presidents persist, despite decades of failure, and doing so requires re-characterizing problems as national security concerns.

“Invasions are armed operations organized with the intention of taking control of foreign sovereign territory through the use of force. The United States, United Kingdom and Australia invaded Iraq in 2003. Russia invaded Crimea, Ukraine, in 2014. The migrants are not armed, organized or intending to take control of U.S. territory.

“Because the migrants are not an ‘organized armed group’ with weapons, training and command requisite to engaging U.S. military forces, the U.S. is only permitted under international law to use lethal force under police rules — to save lives immediately. If a migrant fires a gun at a U.S. service member, that service member may defend himself or herself as a police or border enforcement officer would be able to do in the same circumstances. When the U.S. Marines assisted in the L.A. riots, for example, they were under police rules. Any other use of force would be excessive and unlawful. Persons who cross illegally today into the U.S. are detained using the force necessary to affect an arrest, which rarely if ever results in even injury, let alone death. Larger numbers do not change these rules. They only require more U.S. personnel and coordination with Mexican authorities.”

If U.S. leaders from both parties were truly interested in a solution, O’Connell says, rather than stirring up more fear for political gain, they would shift the resources and the rhetoric to Central America and nonviolence and offer partnership to build communities of nonviolence.

Last spring, O’Connell served as a Fulbright Fellow at the Norwegian Nobel Institute. She also has been a professional military educator for the U.S. Department of Defense.

Originally published by Shannon Roddel at news.nd.edu on November 14, 2018.