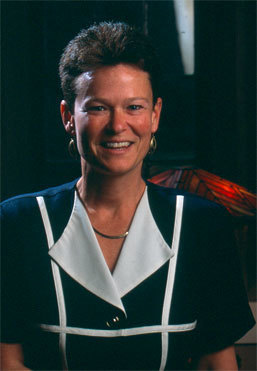 “One of my major goals has been to strengthen the LRAP program so that we can assist more graduates who are interested in public service careers,” Dean Newton said. “So we made it a budget priority when allocating donor dollars, and we asked our benefactors to increase their support as well.”

The result, according to the director of the program, Assistant Dean for Law School Administration Cathy Roemer, is that the total LRAP endowment that stood at a little over $1 million when Dean Newton came to Notre Dame in 2009 now stands at nearly $9 million. And the number of grads it has assisted each year has grown from 7 in its first year of operation to 28 in 2014. The program has now funded 182 applications.

Created in 2001 and funded by multiple endowments (no tuition dollars are used), LRAP supports the career paths of those who take positions in the public interest or public service sector. The program loans its graduates funds with which to repay qualifying student debt and it then forgives those loans over a 3-year period so long as the graduate remains in an eligible position. LRAP funds remain available to help students for up to 10 years following graduation.

“It is our mission to educate a different kind of lawyer,” explained Dean Roemer, “and with this program we are assisting many graduates with a real desire to go to work for the common good all across the nation.”

“Public interest work was something I thought about when I started law school,” said Kimberly Shubert (JD ’10), an attorney with the New York County Defender Services. “But when you are in school it becomes tempting to take a job that pays a lot of money, especially when you realize how much debt you are racking up.”

“I honestly don’t know how I would have been able to take this job without the program,” said Shubert. “As you can imagine it’s extremely expensive to live in New York City. LRAP has allowed me to pay a good chunk of my loans at a much faster pace, yet still have a life.”

Mary and Warren Dubitsky both graduated from NDLS in 2010. They each took a position with the Nassau County Attorney’s Office on Long Island, but Warren had student loans to pay. He applied to the LRAP program. That assistance provided the bump the young married couple needed to pursue their career goals.

“One of the most daunting things you face after law school is the educational debt,” said Mary, now a co-founder of her own company, LicenseLogix. “Notre Dame’s assistance with the loans was enormous and helped us get to a place such that a couple of years later we are able to buy a home.”

“Being a part of LRAP has given me a level of independence,” added Katelan Doyle (JD’10), Deputy Prosecuting Attorney for Elkhart County in Indiana. “I am originally from Maryland and without LRAP I probably would have had to move back home. So in addition to having that financial assistance, I have been able to launch my own career and build my own social and professional networks.” Last spring she moved into the major felonies division where she focuses on child victim crimes and major drug trafficking cases. “I feel I am having a real impact on the community,” she said.

The LRAP application process considers both the type of employment and the salary range. Graduates in eligible legal positions with adjusted incomes of less than $45,000 can qualify for 100% of their loans to be covered. The assistance loan amount is reduced by .01% for every dollar over $45,000. Thus, an applicant who makes $46,000 can receive 90% loan assistance, and so on.

“When we consider salaries, we are dealing with Adjusted Annual Income amounts, not the graduate’s higher, gross earnings amount,” explained Dean Roemer. “With every participant we have a different set of circumstances to consider. Their lives are in flux, whether it’s a salary change, they have gotten married, or have had a baby, and we do our best to account for these things.” LRAP funds are not available for those with adjusted incomes of $55,000 or more.

“At a time when a lot of schools would say ‘best of luck, graduate,’ and wash their hands of you, Notre Dame stayed with us every step of the way to get us on our feet and launch our careers,” said the Dubitskys. “We would definitely encourage NDLS graduates to look into the LRAP program.”

The deadline for applying for a 2015 LRAP loan is November 1, 2014. Additional information as well as an application can be found on the Law School’s program page or by contacting Dean Roemer at Roemer.8@nd.edu.