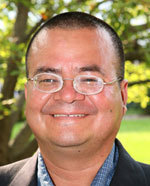 On April 26, 1998, Bishop Juan Gerardi of Guatemala was found dead in his
garage, bludgeoned to death by a chunk of concrete. Mario Domingo—a 2008 graduate of the LL.M. program in international and human rights law at Notre Dame Law School’s Center for Civil and Human Rights—prosecuted the case. Since then, Novelist Francisco Goldman has published an acclaimed book on the trial titled “The Art of Political Murder.” The book, the author, and the actors involved are the subject of a story in the July 7 edition of “The Nation.”

The article, “The Novelist and the Murderers,” can be viewed at http://www.thenation.com/doc/20080707/popper

Domingo represented the Catholic Church as a co-plaintiff and, despite the murder of more than 10 individuals associated with the case and the exile of an even greater number of witnesses, prosecutors and judges, Domingo secured convictions for three military officers for their roles in the bishop’s murder. The convictions were a historic first: until then, no military officers had ever been convicted for human rights atrocities in Guatemala.

After graduating from Notre Dame Law School this past May, Domingo returned to Guatemala to continue the fight for truth and justice in his country. “Ten years after the bishop’s killing, the intellectual authors of the crime remain free,” says Domingo. “The truth about their role in the killing must be told.”