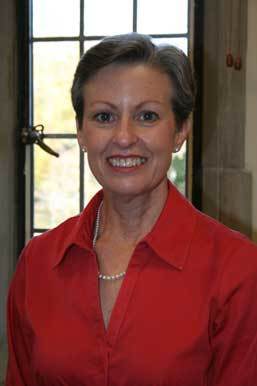 Teresa Ann Tincher Welty, known as Terri Welty or “TW,” is the Administrative Assistant to Professor of Law Ed Edmonds, Associate Dean for Library and Information Technology at the Kresge Law Library. She also provides support to all the law library staff as needed. Terri celebrated her 32nd anniversary with the university this past September. It all began when Wendy Schlereth, the newly appointed Director of the University Archives, hired Terri as her Secretary and Administrative Assistant in 1978. Seven years later, from June 1985-1990, Terri became the Administrative Assistant to Roger Jacobs, the former librarian of the U.S. Supreme Court who had recently joined the Notre Dame Law School as Associate Dean and Director of the Law Library. In her affable and humble way, Terri said, “he needed a secretary, I applied, and he hired me.” As per the campus wide dictum at the time, in order to broaden one’s skills, get a promotion, or increase one’s salary, it was necessary to change positions within the university. Consequently, in 1990 Terri transferred to the Provosts’ Office and worked for the Associate Provost, Sister Kathleen Cannon. Three years later, she returned to the law school as Support Secretary to David T. Link, Dean of the Notre Dame Law School from 1975-1999. In 1996, Roger Jacobs’ secretary left and Terri reapplied for the position and has been with the law library ever since. This year, Terri will have been with the Notre Dame Law School for twenty-two years and is currently Dean Ed Edmonds’ “right hand man.”

If someone is beloved in the law library, it is she. Always with a smile and joyful disposition, Terri is highly skilled and sophisticated in discretionary matters, efficient, proficient, competent, selfeffacing, and fun, with an endearing sense of humor. Unsolicited descriptors of her include: an angel, compassionate, dependable, friendly, genuine, gracious, hardworking, helpful, kind, outstanding, positive, professional, reliable, trustworthy, unassuming, and welcoming to all. She is gifted with inherent skills of confidentiality and diplomacy which she attributes to her parents. Everyone who has ever worked with Terri obviously likes and respects her very much. Terri graduated from Central Michigan University with a degree in Secondary Education, majoring in Physical Education with a minor in Business. Always active in sports of all kinds and dedicated to serving people, Terri volunteered as the volleyball line judge for the Special Olympics when Central Michigan hosted the event. At this event she had the opportunity to meet Sally Struthers, Susan St. James, Rick Barry (one of the greatest basketball players in history), and Eunice Shriver. Terri denies any current volunteer activities but reluctantly concedes two. She buys silk flowers en mass at auction and donates them to the Galien Historical Society’s service in making arrangements for people who want to have their relative’s grave sites decorated in their absence. She also recalled the time she included the law library staff in donating illustrated covers of old Christmas cards to St. Jude’s Children’s Hospital. As with everything Terri does, the activity was very successful and resulted in a letter stating that they were “inundated, and don’t need any more.”

Both Patricia and Burton Tincher, Terri’s parents, equally influenced their daughter’s personality and values by instilling within her a deep sense of love for people and a strong faith. “I believe in life after death. That is my daily guidance. I believe that God guides us in everything we do and I pray for that. I pray for His guidance every day. I believe that this [life] is our step before our eternal life but I just look forward to each day that I have here, first.” She also adds, “I had and do have very wise parents.”

Her father, an engineer with Bendix in South Bend for a number of years, was transferred to Cleveland, Ohio and then to Frankfurt, Kentucky prior to his death in 1984. Terri describes him as wonderful; “a quiet, gentle soul, who was a kind and helpful man with an excellent sense of humor. If he had something to say he would say it, but more often than not he would just listen.” These characteristics she strives to emulate every day. Terri attributes her interpersonal and diplomatic skills to her mother, “[she] is very positive, friendly, outgoing, loves people, and loves to help them. That’s me, too. I love to help people.” She admires her mother tremendously for being a strong woman and totally dedicated to her children. When Terri and her brother were in junior high, their mother quit her job with the Chevrolet Zone Office in South Bend to become the Principal’s secretary at Galien High School, making it possible to drive her two children back and forth to all of their activities, which were many since they were in every sport you could think of, including band. When her parents moved to Kentucky, Terri’s mother was hired as an Administrative Assistant with the Department of Environmental Protection for the Kentucky State Government, where she remained until her retirement in 1995.

As children, Terri and her younger brother (currently of Joliet, Illinois) loved playing cowboys, riding their horses bareback on the 118-acre family farm in the small town of Galien, Michigan. Bob Welty was a childhood friend who they would also go riding with, and later a classmate of Terri’s at Galien High School. Both Terri and Bob were sports enthusiasts and involved in numerous activities. In high school, Terri was a cheerleader and played basketball, softball, and football. She was on the girls’ high school football team where the freshman and sophomores played against the juniors and seniors, “and my team won all four years!” Terri also ran track and field, and was especially good at running sprints. “I was pretty fast,” she says, and “all four of us girls made up a really good relay team. We were excellent!” Terri “did every sport I could,” but not volleyball because “we didn’t really have volleyball. If we had it, I would have done it.” In addition to these extracurricular activities, Terri played the flute and Bob played the saxophone in the high school band. Galien High School was so small, Terri remembers, that “58 students were in our class and all of us were in everything! I was a cheerleader so I was out there cheering, while Bob was a lineman on the football team. When half-time came all of us in the band, including me, Bob, and probably half the football team and half the cheerleaders, being all sweaty, would change into our band uniforms, do the halftime show and then change back into our football and cheerleader uniforms for the rest of the game.” However, Bob and Terri would lose track of each other after high school.

Not only was Terri academically and sports minded, she was also 2nd runner up for Miss Galien. She described the event in a very self-effacing way. “There was no talent portion to this competition. The contestants wore dressy street wear followed by formal gowns and then we were required to answer one question. My question was, ‘If you went shopping with your mom and best friend, and your mom liked one outfit and your friend liked the other, which outfit would you pick?’ I babbled on about some stupid thing.” With an endearing expression on her face and with the wisdom of time, she suddenly declared “I should have said, ‘I would pick the one I liked best!’”

After graduating from college, Terri moved to Houston, Texas, “to get away from the Midwest, as we all do when we grow up here, until we decide we want to come back.” Before teaching full time, Terri thought it best to substitute teach during the day and she worked part time at night at a brand new Dunkin Donuts franchise to augment her income. As the first year passed and more people were hired at Dunkin Donuts, Terri’s hours increased, as did her salary and personnel management responsibilities. Although her income was more than adequate, it interfered with her teaching career. Realizing she was wasting her teaching degree and missing her family as well as the Midwest with its four seasons and snow, Terri returned to Michigan and relocated in Buchanan. It was there that she saw a position at Notre Dame listed in the classifieds. Her original thought, if hired, was to stay three years, make some money, then go back to teaching; keeping her teaching license active. Terri’s three-year plan never panned out. Those projected years came and went quickly, as did many more.

Not long after Terri began working at the University Archives, Bob Welty serendipitously found her name and number while looking through a South Bend phone book. He called and invited her out to dinner. By this time, Bob was divorced and had two sons; Sean, 4 and Josh, 5. From that moment on, Terri and Bob were inseparable and dated for two and a half years. After a romantic dinner on Valentine’s Day, he presented Terri with a heart shaped box. Tucked inside was her favorite stuffed cartoon character, Garfield’s little Odie dog. Thrilled, she picked it up and to her surprise found a diamond ring around its leg! Their wedding was held seven months later at the Calvary Baptist Church officiated by Bob’s father, a Baptist minister. “What I am most proud of, is my husband,” Terri confides. “He has had struggles in his life and not only has he struggled and succeeded but he has defined his life so well. He meets his challenges and if he needs to do a complete 180 he does it, and everything turns out fine. He has a strong character, he is nice, and he knows what he wants and what he needs to do and how to do it. I am just really proud of him and I always have been.” To date, Terri and Bob have been married twenty-five years and his sons Sean and Josh are now 32 and 33 years old, respectively.

Terri has been with the law school for twenty-two years. Ten more were spent between the University Archives and the Provosts’ Office, totaling thirty-two years in all at the University. “Now that I have been here so long, I love the secure feeling of familiarity and community I get while walking across campus and recognizing many faces. The campus is gorgeous, too. I love my job here at the law library because I learn something new every day. I have the opportunity to keep up with technology and the skills needed to not fall behind in this world. I like coming to work, I like being with the people I work with, I like being at Notre Dame, I like the whole thing!”