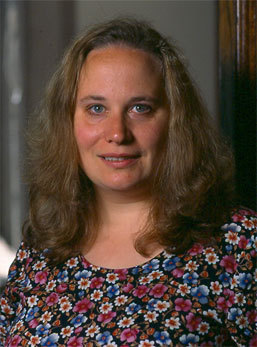 Sandra Klein received her undergraduate degree in political science from the University of Illinois at Urbana-Champaign with minors in history and sociology, followed by a Master’s degree in Education in the area of Career Counseling. Sandra is a compassionate person with great concern for those in need, and her academic interests have played important roles in her decision making processes throughout life.

After completing her first Masters degree, Sandra’s introduction to library science began as a result of a civil service test that placed her in a staff position at the University of Illinois at U-C Main Library’s circulation desk. Within the first year, Sandra knew she wanted to be a librarian and she began library school the following year. Shortly thereafter, she was hired by the Law Library in the Technical Services department. Over time her position titles included Foreign & International Law Clerk and Assistant Cataloger. After earning her second Masters degree, a Master of Science in Library and Information Science (MSLIS) in 1988, her first professional position was as a Serials/Reference Librarian at the law library.

In 1995, Sandra applied for a Human Resources Librarian position at Western Carolina University in North Carolina which combined her interest in human resources and career counseling with her MSLIS degree. Sandra held that position for three years. In the fall of 1997, the Notre Dame Kresge Law Library advertised for a Librarian with a background in both serials and cataloging. Having a great interest in serials and in returning to the Midwest, Sandra applied and was offered the position, which she began in March of 1998. That was eleven years ago and Sandra has been here ever since.

When the Associate Librarian Janis Johnston left the law library in 1999, collection development duties were added to Sandra’s existent responsibilities for acquisitions, serials, and staff supervision. All of these responsibilities define her current position in Tech Services today as the Acquisitions and Collection Development Librarian. Sandra reviews all the promotional literature, publisher lists, faculty purchase suggestions, and other sources for potential purchases that fall within the Kresge Law Library’s Collection Development policy.

Sandra has a great sense of humor, and a quick wit. This is a sterling quality of hers that brings levity to any conversation she engages in, leaving the listener with laughter, a smile, and a shake of the head. As Sandra says, she comes from a family of teasers. “If you grow up surrounded by humor, you grow up thinking that is normal. A quick barb or witty remark is an invitation to engage!” she says with a twinkle in her eye.

When asked, “What are you most proud of?” Sandra mentioned her marriage of 25 years (by next year) to her husband Greg, and her involvement with animal welfare efforts. Sandra has worked with animal shelters to find homes for animals in need and has participated in spay/neuter programs to reduce the feral cat population in this community. Cats are her most cherished animal and she has shared her life with many of them over the years. One of Sandra’s favorite pastimes is reading. She likes all types of fiction—especially American, Russian and European, as well as science fiction and fantasy.

Sandra has three siblings: one brother and two sisters. Her mother worked for AT&T until Sandra, their second child, was born. Her father was a computer programmer for United Airlines. As a child she was able to fly to many places around the country for family vacations, including Alabama and New Jersey (to visit
family), and California. Disneyland is filled with favorite childhood memories.

Sandra’s family is very important to her. With great feeling, Sandra shared that if she could meet someone from the past it would be her paternal great grandmother, who came to the United States from Eastern Europe sometime between World War I and World War II to escape persecution. Her great grandmother, who died when Sandra was two years old, was “known to be a very good and loving person who genuinely cared about people, and I wish I had known her.” These qualities are Sandra’s most cherished values that she holds dear within herself.