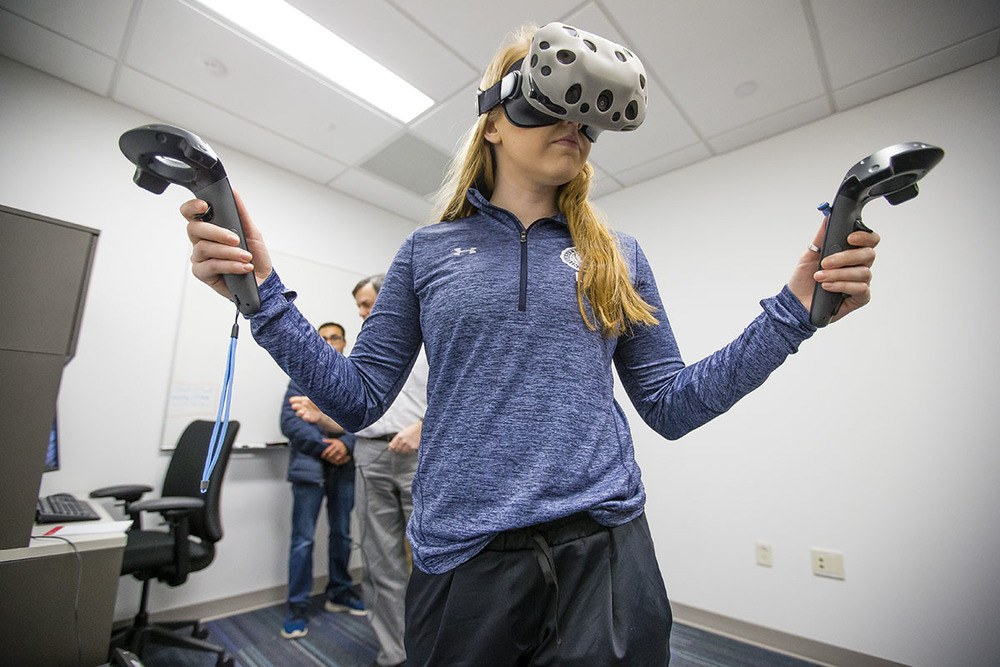 On a Monday evening this past April, a class of Notre Dame Law students headed up to the fourth floor of Corbett Family Hall to witness a car crash.

They saw one car turn right at an intersection while an oncoming car’s tires began to screech. The impact happened quickly, accompanied by the sounds of crunching metal and shattering glass.

No one was hurt. It was just a simulation — an animated lesson made possible through a collaboration among the Law School, OIT’s Teaching & Learning Technologies team, and the Virtual Reality Lab in the Department of Psychology. The point was to show law students how eyewitness accounts can be shaped by factors such as where the viewer is standing and the ways that questions are worded. 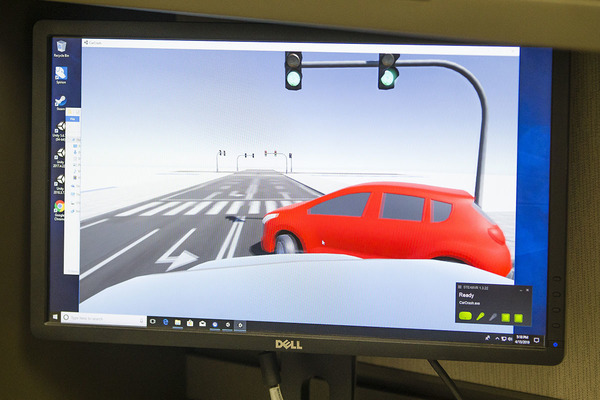 The course provides students with opportunities to use new technology that courts and attorneys are adopting. For example, students learn about making redactions in PDFs, law-practice management software such as Clio, and software for trial presentations. The course also encourages students to consider the ethical issues that can arise with new technology.

“Thirty-six states now have the requirement for technology competence,” Mills said. “It’s now more important than ever that students gain these skills.”

About half of the law students in the course during the spring semester said the exercise was their first experience with virtual reality. 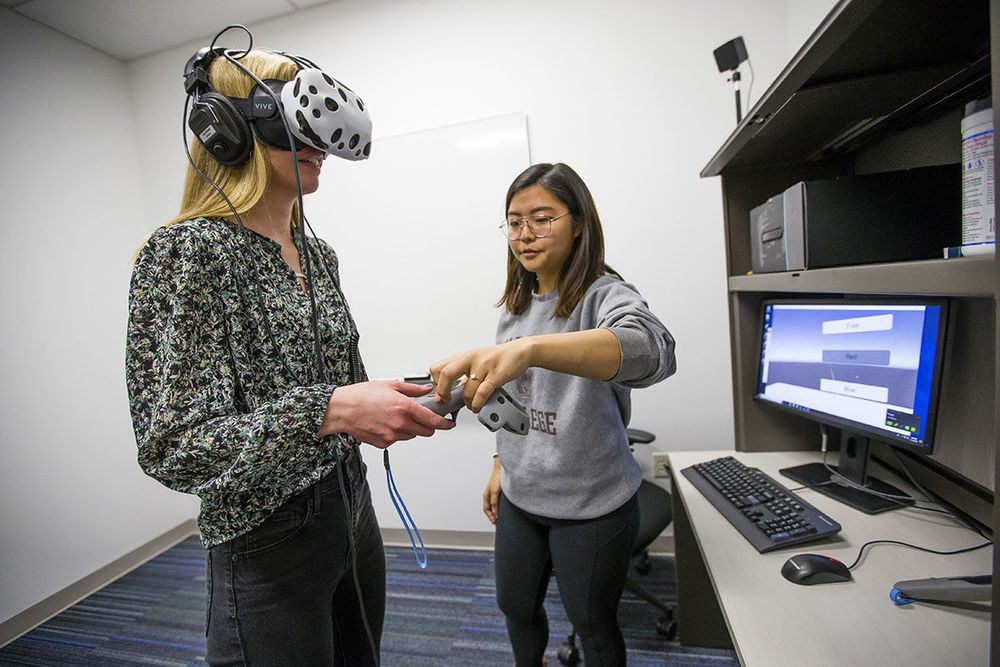 Rosa Kim, an undergraduate computer science major and member of Notre Dame’s Class of 2020, built the simulation with different views of the collision. The law students wore a virtual reality headset and earphones to see and hear the crash.

Half of the students watched the incident from one vantage point, and the other half watched it from another vantage point. Then they answered questions in a survey that asked which driver was at fault, how fast the vehicles were traveling, and whether the intersection had a yield sign or a stop sign. 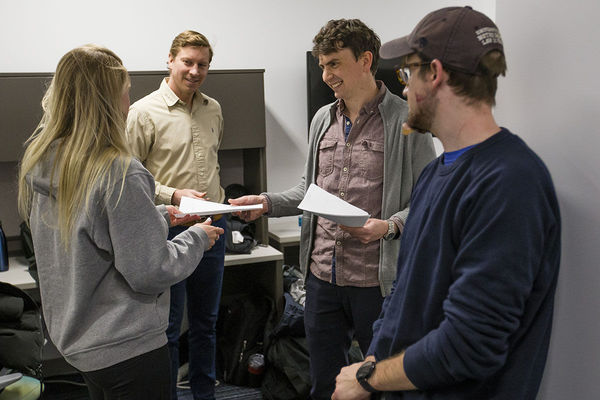 After every student completed the survey, Nathan Rose, the William P. and Hazel B. White Collegiate Chair in the Department of Psychology, revealed that some of the law students received surveys with slightly different questions. For example, some surveys asked how fast the car was traveling when it “bumped” into the other car, while the other surveys used the word “smashed” — a subtle difference that made respondents more likely to estimate that the oncoming vehicle was speeding.

“Memory is a reconstructive process, pieced together from what you recall,” Rose said. “It can be influenced by word choice in questions or subtle points of misinformation.”

Delaney Foreman took Law Practice and Technology as a second-year law student during the spring 2019 semester.

“Virtual reality is increasingly being implemented in the legal field,” Foreman said. “The simulation we experienced demonstrated how each party could present their version of reality, thereby impacting how a jury or judge could perceive the facts. While VR is intended to lessen room for interpretation or confusion, it has the potential for manipulation. The collaboration between departments gave us law students a firsthand look into the importance of explicit and implicit assumptions built into the VR simulation and survey. It was a really interesting lesson on ethical considerations within technology.”