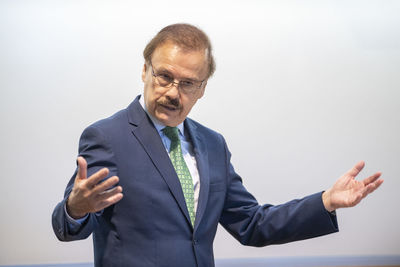 Notre Dame Law Professor Jimmy Gurulé was recently appointed to the peer review board for Project CRAAFT, which stands for Collaboration, Research and Analysis Against the Financing of Terrorism. The project combines academic research with the development of a pan-European information-sharing network on counter-terrorist financing.

In this role, Gurulé will be responsible for reviewing academic papers on counter-terrorist financing that the project will then distribute to counter-terrorism agencies and think tanks throughout Europe.

“I am excited about working with these prestigious international counter-terrorism organizations on terrorist financing matters,” Gurulé said. “Terrorism is an evolving threat to international peace and security, and policymakers and national security experts must continue to develop new and effective strategies to neutralize that threat, including to prevent the financing of terrorism.”

A former state and federal prosecutor who was instrumental in developing the U.S. Treasury Department’s global strategy to combat terrorist financing, Gurulé has served as an expert consultant on several high-profile counter-terrorism cases, including the 1983 terrorist bombing of the U.S. Marine barracks in Beirut, Lebanon, and the 1998 terrorist bombings of the U.S. embassies in Kenya and Tanzania.

Project CRAAFT is funded by the European Union's Internal Security Fund and administered by the United Kingdom's foremost independent national-defense think tank, the Royal United Services Institute for Defence and Security Studies. The project is also administered by the University of Amsterdam, by the International Centre for Counter Terrorism, The Hague, and by GLOBSEC, a global think tank headquartered in Bratislava, Slovakia.