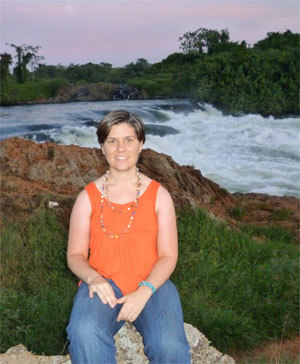 The Parliament of Uganda is soon to consider a HIV omnibus bill, the HIV and AIDS Prevention and Control Bill, drafted by the Uganda Law Reform Commission (ULRC). The Joint United Nations Programme on HIV and AIDS (UNAIDS) in Uganda as well as the Office of the High Commissioner for Human Rights (OHCHR) have been working closely with ULRC to ensure, if it passes, that the HIV Bill is good law and promotes a rights-based approach to HIV/AIDS. I have been blessed with the opportunity to work on the Bill this summer as a HIV and Human Rights Intern for UNAIDS, in close cooperation with OHCHR. I have been amazed by the comprehensive nature of the work and skills to which I have been exposed—grassroots activism to media campaigns to technical drafting analysis. Following are some of the projects I have been engaged in and the issues that have come from work on the Bill.

Stakeholder Consultations and Advocacy Campaign
To ensure that the views of national stakeholders, particularly people living with HIV (PLHIV), are included in the Bill, UNAIDS supported the National Forum of People Living with HIV/AIDS Networks in Uganda (NAFOPHANU) in conducting consultations with stakeholders (e.g., PLHIV, health care personnel, government officers). During the consultations, stakeholders were educated on the role of law, the Ugandan legislative process, and the contents of the Bill and then asked to discuss and identify strengths, weaknesses, and omissions in the Bill. The consensuses from the consultations will be passed on to ULRC and hopefully incorporated either in the Bill or in relevant national policy.

Building upon the consultation process, NAFOPHANU is engaging in a media and advocacy campaign to educate the public about the Bill. Most people in Uganda are unaware that a HIV bill is in Parliament. Moreover, as a result of the consultation process, NAFOPHANU wants to publicize portions of the Bill that are of concern to their constituents including the criminalization of intentional transmission of HIV and mandatory disclosure of HIV status to one’s sexual partner(s).

Key Legal Issues
HIV legislation is as complex and multi-dimensional as the people living with HIV; therefore the legal issues involved are almost innumerable. That being said, most substantive legal issues revolve around the right to health (e.g., access to treatment), non-discrimination (e.g., education and labour, fighting stigma), and privacy (e.g., confidentiality of test results and HIV status). These issues among others have all been central to discussions around the Bill in Uganda.

Before drafting a bill specific to HIV, a country should carefully analyze existing national legislation to be sure that creating new legislation is the best option. Depending on the state of domestic legislation and the social and political climate in a country, law reform and policy implementation may be as effective if not more so. One of my tasks has been to survey Uganda’s domestic legislation for laws applicable to HIV.

Another major legal issue is State accountability for international commitments to its citizens arising from international human rights treaties and ILO Conventions. These commitments include obligations to formulate national policy and adequately budget for HIV/AIDS, to provide HIV-related education, and to ensure access to treatment and qualified medical personnel. One area that has proven challenging in work on the Bill with respect to international human rights obligations is misconceptions among local attorneys that economic, social, and cultural rights are less enforceable than civil and political rights.

Beyond these issues, I have had to consider practical concerns like social implications of the Bill’s enactment; effective communication with stakeholders, ULRC, and Parliament; and the integrity and capacity of law enforcement and the judiciary to enforce and adjudicate HIV law.

The Future of the HIV Bill
Taking into consideration all of the aforementioned, my concluding task is to prepare a summary report that brings together my observations from all of the stakeholder consultations as well as the findings from my domestic and international legal research. I will offer a final recommendation on next steps for the Bill in light of societal views and implications as well as existing domestic legislation, laws and experiences of other jurisdictions with similar laws, and international human rights standards and obligations. That recommendation may be then shared with ULRC and/or Parliament to be used in considering ways forward.

Role of Lawyers in Fighting HIV-related Human Rights Abuses
While legislation and legal reform have important roles to play in the HIV pandemic, the law has a limited role and purpose. Consequently, lawyers cannot single-handedly correct HIV-related human rights violations. The response to HIV-related human rights abuses must be collaborative involving many sectors in society—health health care professionals, social workers, counsellors, law enforcement, parliamentarians, PLHIV leadership. That being said, lawyers can help ensure integrity of the judiciary, legislate good law, and build the capacity of their colleagues to litigate and adjudicate HIV-related cases. Moreover, lawyers have a responsibility to help educate society on HIV-related human rights and legal mechanisms so that people are aware of their rights and have the ability to exercise their power for the protection and preservation of their human dignity.

I am grateful to UNAIDS for the opportunity to take part in such meaningful and challenging work. I have had the unique opportunity to look at HIV from two perspectives at once—law and international development. Though the work has been challenging and in many ways unknown territory to me, I have felt up to the task in part because of the great theoretical foundation I have from international law classes at NDLS and because of the technical and moral support my professors have generously provided. While confident in my abilities, the responsibility that comes with being a part of drafting legislation that could affect millions of Ugandans living with HIV is tremendously humbling. More than anything else this summer, I have learnt and felt the greatness of my power to affect lives for better or worse as a lawyer and the incredible responsibility, diligence, and humility that must come with it.

As one of the organizations sponsoring my work with UNAIDS this summer, I thank the Center for Civil and Human Rights for their generous support. It is a privilege to attend a law school with a center dedicated to human rights in and out of the classroom. I encourage anyone interested in learning more about the role of human rights law in the HIV pandemic to attend a conference co-sponsored by the Center for Civil and Human Rights, “HIV and the Rule of Law: Human Rights at Home and Abroad," at Notre Dame 10-11 September 2009.