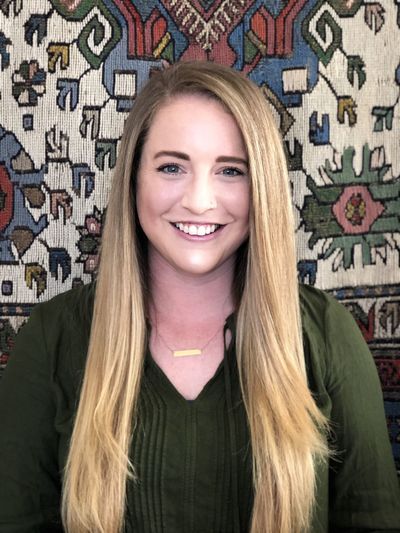 Jessica Binzoni came to Notre Dame Law School knowing that her calling was to work with refugees, especially those displaced by international conflicts. Her path after law school—including two years as a Thomas L. Shaffer Public Interest Fellow—led her to northern Iraq where she serves displaced Iraqi and Syrian refugees through the nonprofit organization she founded, HOPE + FUTURE.

Notre Dame Law School’s Loan Repayment Assistance Program has played an integral role in enabling Binzoni to pursue her current career path, and has had a direct impact on those she serves.

“Without LRAP I could not have even considered, let alone chosen this path.  The financial burden of student loans would have completely eliminated that choice for me,” she says. “Instead of being forced to postpone my dream job for 10 years after graduation (when I finished paying off my loans) I was able to work with displaced people directly after graduation and every year since.”

As a Shaffer Fellow, Binzoni worked as an attorney for the Asylum Project at the National Immigrant Justice Center in Chicago. After completing her fellowship, she knew she wanted to continue to work with displaced people that were the most in need of services. And, she felt called to go somewhere few people would be willing to go. All these things led her to Iraq.

When Binzoni arrived in Iraq in 2017 she found a great need with displaced Iraqis and Syrian refugees. That need, along with a core belief that displaced people are people with dignity, skills, and intelligence became the philosophy behind the nonprofit she created, HOPE + FUTURE.

“Being a Loan Repayment Assistance Program recipient has empowered me to use my law degree to serve displaced people,” Binzoni said. “Without LRAP, my student loans would have made my career decisions for me. LRAP, and the generous donors that support the program, have given me the financial freedom to pursue a career that advances justice for some of the most vulnerable and overlooked people groups in the world.”

LRAP has not only impacted her career, but makes the work she does possible.

“Every time a displaced person is equipped, empowered, and educated through one of our programs, it is a direct result of LRAP assistance,” she said.

Binzoni explains that before joining HOPE + FUTURE’s programs, the families she works with were not being assisted by any other aid organizations or government organizations. Not only had they been forced to flee their homes to protect their families, but they were also completely alone and unsure of how they would be able to rebuild their lives in a brand new place. That changed after Binzoni and her nonprofit found them.

“We don’t write their futures, they do. We’re not the heroes of their story, they are. But what we are able to do is show up for them everyday and we’re able to do that because of LRAP. The new trajectory of their lives and the bright futures that lay ahead of them are made possible through LRAP,” Binzoni said.

She says starting and growing a nonprofit takes several years. “Without LRAP, I could not have even considered starting a nonprofit. Even today, a few years into our work, there is no feasible way that I could continue to run HOPE + FUTURE and serve as the Executive Director without LRAP.”

She plans to serve displaced people for the rest of her career and will continue to use LRAP until the completion of her loan payments.

Read more about Binzoni’s dedication to the Law School’s mission of educating a different kind of lawyer, and her work with HOPE + FUTURE here.