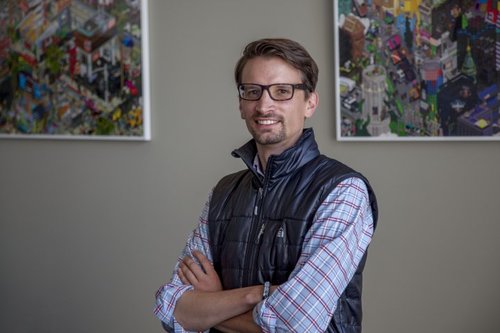 “Notre Dame taught me to look deeper and ask the big questions about our profession,” Ironclad CEO Jason Boehmig said. “That’s been essential to approaching a new field like the impact of technology on the practice of law.”

He even started a software company based on that view.

Boehmig, ‘12 J.D., is the co-founder and chief executive of Ironclad, a Silicon Valley startup that’s aiming to change the way lawyers create and manage contracts. As of early September, Ironclad had raised more than $11 million, including $8 million in a Series A round led by Accel Partners – the same firm that led Series A rounds for Facebook and other tech companies.

Ironclad’s software automates the manual, error-prone work that starts with choosing the correct contract template. It ends with sending contracts out for signatures, and it tracks metadata about all the contracts in a central repository, which ensures that everyone maintains “a single source of truth” about important contractual data.

“This isn’t the type of work that most lawyers go to law school for, and is perhaps one of the reasons why lawyers are becoming disillusioned with the profession and leaving in droves,” he added. “The rote, tedious work better left to a robot  –  who feels neither boredom nor the toll boredom takes on accuracy  –  is still being done by people.”

Boehmig, who founded Ironclad in 2015, recognized the opportunity while working as a corporate attorney for Fenwick & West after law school. At Fenwick & West, a large law firm based in Silicon Valley, he focused on early-stage venture financing and complex corporate transactions for technology companies.

He said there’s an increasing realization that all jobs, even legal jobs, include tasks that are routine and repetitive. That realization is leading legal teams to pay attention to the efficiency of their operations. He told Fortune magazine in August that he estimates the market for automated contract management is about $75 billion.

Boehmig has remained connected with Notre Dame, too.

He shares his insight on how technology is changing the practice of law by teaching Law 2.0 at the Law School. He and venture capitalist Ron Dolin teach the class partly from Silicon Valley and partly at Notre Dame’s campus.

“Notre Dame taught me to look deeper and ask the big questions about our profession,” Boehmig said. “That’s been essential to approaching a new field like the impact of technology on the practice of law. I’m grateful for the opportunity to teach the class with Ron and share some of what I’ve learned with the next generation of lawyers.”