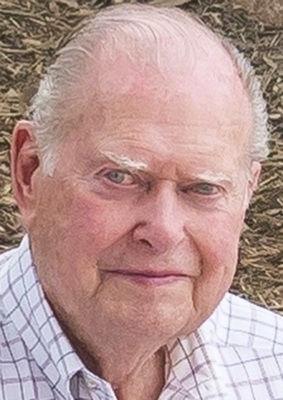 In addition to his daughter, Tom is survived by his son Benjamin (Linda) Corson, three grandchildren, four great-grandchildren, his partner Meurlene Teague, one half-sister and two sisters-in-law.

He was a resident of Naples, Florida, and of Middlebury, Indiana, where he died December 23 at the age of 92.

After graduation from Elkhart (Indiana) High School in 1945, Tom proudly served in the U.S. Naval Air Force, V5 Pilot Training Program. In 1948, he married Dorthy Scheide of Tenaha, Texas, with whom he shared 67 years of devoted marriage until her death in 2016.

Tom began his career with Associates Investment Company in 1948. In 1964, he co-founded Coachmen Industries Inc. with Dorthy and his brothers Keith and Claude. As chairman and chief executive officer, he led Coachmen (NYSE: COA) to become one of the largest and most respected recreational vehicle and modular housing manufacturers in the country.

The Corsons always generously gave back to the community. They were long-term supporters of the Interlochen Center for the Arts, the Mayo Clinic, the University of Notre Dame, and the First United Methodist Church of Middlebury. They also provided funding for Indiana University’s Elkhart campus and scholarships in both nursing and the arts at Indiana University South Bend, Ivy Tech, WNIT, Goshen College, the Lerner Theater, the Community Foundation of Elkhart County and the Elkhart County Parks Department.

Memorials may be given to the Interlochen Center for the Arts (Thomas H. Corson Memorial Fund), P.O. Box 199, Interlochen, MI 49643; and the First United Methodist Church of Middlebury, 720 S. Main St., Middlebury, IN 46540.