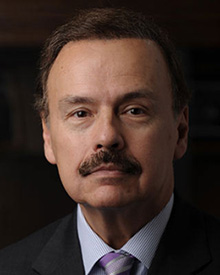 University of Notre Dame law professor Jimmy Gurulé, a terrorist financing expert, testified Thursday (July 14) before the House Judiciary Committee’s Constitution and Civil Justice Subcommittee at a hearing on the Justice Against Sponsors of Terrorism Act (JASTA), which would allow the surviving family members of the 9/11 terrorist attacks to sue Saudi Arabia for aiding and abetting the 15 Saudi hijackers that perpetrated the terror plot.

“Ultimately, the JASTA is good policy and should be enacted into law by Congress,” Gurulé says.

President Obama opposes the bill, which was unanimously approved by the Senate, arguing that it would damage diplomatic relations with the Saudis. If the House passes JASTA, it is unclear whether Obama would veto it. The political consequences would be high, according to Gurulé.

“The Obama Administration appears to be more concerned about maintaining friendly relations with the Saudis than ensuring that the victims of terrorism are afforded their day in court and state sponsors of terrorism are held accountable,” he said. “As we approach the 15-year anniversary of the 9/11 terrorist attacks that tragically took the lives of approximately 3,000 innocent civilians, it is imperative that the U.S. government continue to strengthen the effectiveness of its counter-terrorism efforts, including depriving terrorists of funding, as well as deterring and punishing foreign states that support acts of international terrorism. The enactment of the JASTA is critical to achieving that objective.

“The JASTA eliminates sovereign immunity for foreign states that intentionally, knowingly, or recklessly aid and abet terrorist organizations in carrying out deadly attacks on U.S. soil, including the Kingdom of Saudi Arabia,” Gurule said. “The Act affords the victims of terrorism their day in court and holds foreign states accountable for their unlawful conduct.”

Gurulé, also a former assistant U.S. attorney general and former undersecretary for enforcement for the U.S. Treasury Department, was invited to testify following his testimony June 23 before the House Committee on Financial Services Task Force to Investigate Terrorism Financing, which, in part, addressed JASTA.