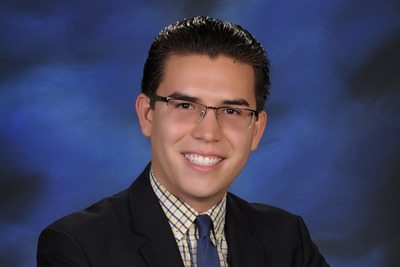 The Public Interest Advocate Scholarship is awarded to a law student who intends to pursue a career in public service or has been actively involved in an organization that serves the underprivileged.

Jenn has been involved in public interest work throughout his time at Notre Dame Law School. During the 2021 spring semester, he participated in one of the Law School’s externships as a legal extern for the National Immigrant Justice Center. Under the supervision of an immigration attorney, he provided legal services to low-income immigrants in Indiana. This semester, Jenn is working at the Law School’s Economic Justice Clinic, which focuses on consumer law issues primarily related to housing.

“I am tremendously honored to have been selected as a Diversity Scholarship recipient. As a biracial student of Mexican and British ancestry, I desire to contribute to the diversity of the bar and make the practice of law more accurately reflect the many faces of our country and the clients it represents,” Jenn said.

“The United States’ demographics are rapidly changing, with a large increase in the Latino community, and there is a need for attorneys who are not only bilingual, but also culturally competent,” he said. “My background and perspective will allow me to not only provide legal services to clients of various ethnic and/or marginalized backgrounds, but also better represent such clients in an increasingly multi-ethnic America. I hope that my personal experiences will serve as a bridge to overcome these divisions, and will distinguish me as a ‘different kind of lawyer.’”

Jenn is currently the student editor for Landslide Magazine, a publication of the ABA Section of Intellectual Property Law. He is also active in Notre Dame Law School’s chapter of the Hispanic Law Students Association, serves as co-alumni ambassador for the Notre Dame Club of Orange County, and is an assistant rector in Duncan Hall. He spent the summers after his first and second years of law school as a law clerk at Aitken Aitken Cohn in Santa Ana, Calif.

Jenn earned his undergraduate degree from the University of Notre Dame. He was the recipient of the Rev. Theodore M. Hesburgh, C.S.C., Award, which is presented to the graduating senior who has contributed significantly to advance the climate of welcome and inclusion in the University community.

The Public Interest Advocate Scholarship will be presented to Jenn at the Unity Gala and Award Ceremony to be held virtually on November 30.

The Diversity Scholarship Foundation was established by a group of attorneys and judges committed to the idea that diverse law school student bodies are a means of ensuring further diversification in the legal community. The foundation is a not-for-profit organization that provides scholarships to diverse and deserving law students in Wisconsin, Illinois, and Indiana.