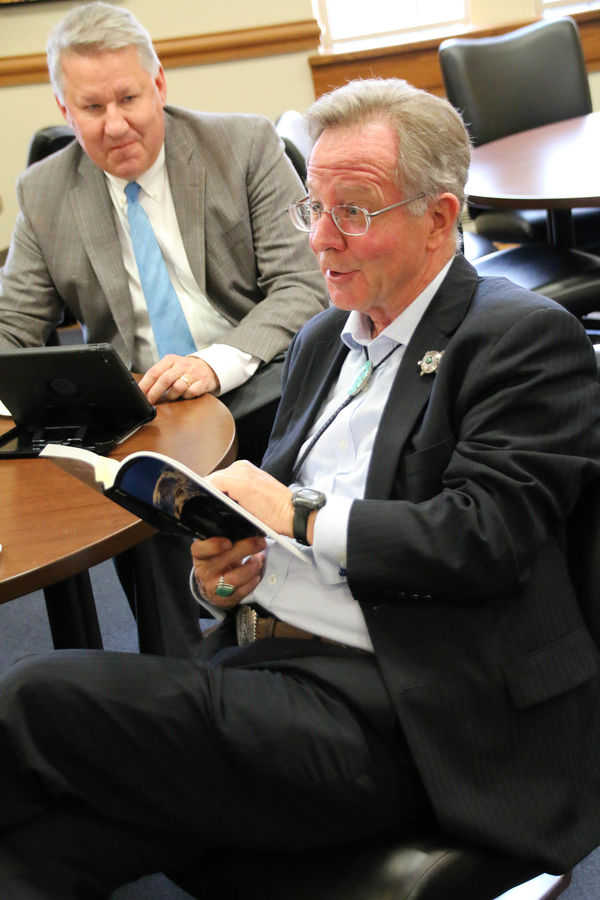 “I think it’s our obligation, for those of us who are teachers, lawyers, and engineers, to cut out the acronyms and debunk the idea it’s too complicated for anybody to learn about the environment because it’s not,” Hobbs said. “Water and land use issues are everywhere.”

According to the state’s demographer, Colorado has experienced massive population growth in the last few years, and that trend is projected to continue. Finding enough water to meet the demands of the growing Front Range has city planners closely looking at how new developments can be built without overextending the state’s natural resources.

“It all starts with conservation in the cities,” Hobbs said. “We need to use our water as wisely as we can.”

Stemming from his days as a boy scout, Hobbs said he’s always had a love and appreciation for the outdoors. After graduating from law school at U.C. Berkeley and clerking for Judge William Edward Doyle of the Tenth Circuit U.S. Court of Appeals in Denver, he practiced environmental, land use, transportation, and water law for 23 years. In 1996, Governor Roy Romer appointed him to the Colorado Supreme Court.

Proudly wearing a bolo tie characteristic of Colorado, Hobbs reminisced about advice Romer gave him on the day of his appointment. “Get a tie,” he said, “a real tie!”

During his time on the bench, Hobbs helped launch the Colorado Access to Justice Commission in 2003 and the Water Court Committee, initiated in 2007. The water committee is charged with reviewing the state’s water court system; identifying possible ways to achieve efficiencies in water court cases while still protecting quality outcomes; and ensuring the highest level of competence in water court participants.

He advised students to learn about the workings of water law and the art of finding common ground on land use issues through pro bono work.

“As young lawyers, get involved on a board or citizens committee,” Hobbs said. “It’s all about collegiality and negotiation.”