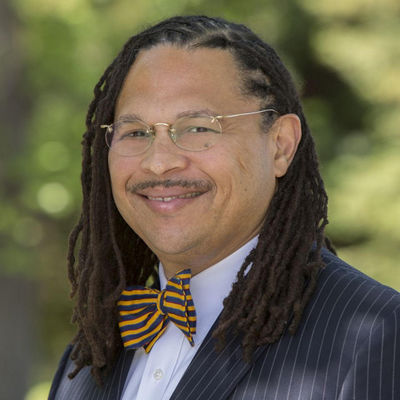 G. Marcus Cole, the Joseph A. Matson Dean and Professor of Law at Notre Dame Law School, will be inducted into the American College of Bankruptcy in recognition of his exceptional contributions to the bankruptcy and insolvency practice, the association announced on November 17.

The American College of Bankruptcy is an honorary public service association of U.S. and international insolvency professionals who are invited to join as fellows based on a proven record of the highest standards of expertise, leadership, integrity, professionalism, scholarship, and service to the bankruptcy and insolvency practice and to their communities.

Dean Cole is a leading scholar of the empirical law and economics of commerce and finance. He was a faculty member at Stanford Law School from 1997 until 2019, when he was appointed dean of Notre Dame Law School. At Stanford, he held two endowed chairs and taught courses in the areas of bankruptcy, banking, contracts, and venture capital. His research has explored questions such as why corporate bankruptcies are increasingly filed in Delaware and what drives the financial structure of firms backed by venture capital.

The American College of Bankruptcy’s class of 39 new fellows, including Dean Cole, will be inducted in March at the association’s annual meeting in Washington, D.C.

“I am grateful to have been elected a fellow of the American College of Bankruptcy,” Cole said. “This is an incredible honor.”