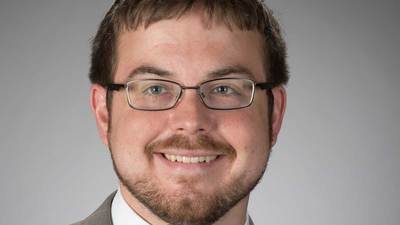 As tax day — April 15 — approaches, tax returns may look significantly different than in previous years, due to the law that overhauled the tax code last year.

Despite the changes that reduced taxes on average for many people, the IRS’s changes to the tax withholding rates mean that more individuals will owe taxes when filing this year or that they will receive a refund that is less than expected, according to Patrick Thomas, director of the Notre Dame Law School’s Tax Clinic, a federally funded Low Income Taxpayer Clinic.

“If taxpayers owe an unexpected tax bill, they shouldn’t be afraid to file a tax return and contact the IRS to discuss payment options,” Thomas recommends. “Taxpayers often have a misconception that if they don’t contact the IRS, they can defer payment as long as possible. But if they don’t file, they can quickly owe up to 25 percent of their tax in a failure-to-file penalty. And if they don’t contact the IRS, that’s when the IRS is more likely to use its enforced collection tools like levies and liens. As long as taxpayers proactively engage in good faith with the IRS, a feasible deal can be negotiated that’s agreeable to both parties.”

If taxpayers feel overwhelmed by the amount due or in dealing with the IRS, Thomas advises contacting a Low Income Taxpayer Clinic (LITC), like the one he directs.

“LITCs assist low-income taxpayers with negotiating payment plans, hardship status and Offers in Compromise with the IRS. Even if taxpayers earn too much income to be represented by a clinic, many clinics can provide advice and consultation regarding difficult tax situations.”

Finally, if you don’t think you can file by April 15, it’s important to file an extension.

“Taxpayers can do so by filing Form 4868 with the IRS,” Thomas says. “Many states will recognize this extension as well, but some have their own independent extension processes. This gives taxpayers until Oct. 15 to file their federal tax return without any penalty for failure to file. However, taxpayers need to pay any tax that’s ultimately due for 2018 by April 15, to avoid interest and the failure-to-pay penalty. Extending the time to file doesn’t extend the time to pay.”

The Notre Dame Tax Clinic, at 725 Howard St. in South Bend, represents clients in controversies with the IRS and educates individuals about their rights and responsibilities as taxpayers. Thomas supervises student attorneys who take the lead in client representation before the IRS and in litigation.

Thomas is actively involved in tax policy and tax administration reforms in Indiana and nationally and sits on the Indiana Department of Revenue’s Commissioner’s Tax Advisory Council, which advises the department on a number of tax issues affecting Hoosier taxpayers.

Originally published by Shannon Roddel at news.nd.edu on April 03, 2019.