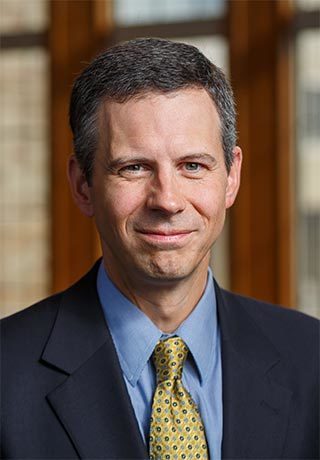 A.J. Bellia, the O’Toole Professor of Constitutional Law at Notre Dame, has co-authored a path-breaking book on customary international law and the United States Constitution with Bradford R. Clark, the William Cranch Research Professor of Law at George Washington University Law School. The Law of Nations and the United States Constitution, published by Oxford University Press (2017), is the latest work in their years-long research collaboration.

Georgetown University Law Center will hold a two-day conference on the book, November 2-3. Leading constitutional and international law scholars, along with prominent federal judges — including Supreme Court Justice Samuel Alito — will discuss the book and its implications for the role of international law in U.S. courts.

The role of customary international law in U.S. courts has been the subject of one of the most important and high-profile legal debates of the last few decades. The question of when U.S. courts should apply customary international law in deciding cases has long puzzled judges and academics alike. The research collaboration between Professor Bellia and Professor Clark addresses central aspects of this question.

Harvard Law School Dean John Manning, who will participate in the Georgetown conference, describes Bellia and Clark’s book as solving “the mystery of why the Supreme Court sometimes uses customary international law as a federal rule of decision and sometimes does not. Their engaging historical account shows that some (but only some) components of the law of nations helped define the constitutional powers and duties of Congress, the President, and the federal courts in international affairs. … This important claim changes the terms of the debate.”

By disaggregating how the Constitution interacts with different kinds of international law, the book provides a nuanced account of historical understandings and judicial precedent that will help judges and scholars more readily identify and resolve the constitutional questions presented by judicial use of customary international law today.

The conference on the book at Georgetown will begin on November 2 with a panel entitled, “The Law of Nations and the Constitution — the Judicial Perspective.” Dean Manning will moderate a discussion of the book and the questions it involves among several of the most prominent federal appellate judges in the United States:

On day two of the conference, various panels of leading constitutional and international law scholars will consider the book’s historical account and its modern implications. Participants will include:

Conference papers will be published in 2018 in the Georgetown Law Journal.

“It has been a privilege to engage in this research collaboration with Professor Clark, and now to co-author this book with him,” said Bellia. “And I am ever grateful to the Notre Dame Law School and its generous benefactors — especially Elaine O’Toole and her late husband Judge Tom O’Toole — for their faith and support.”