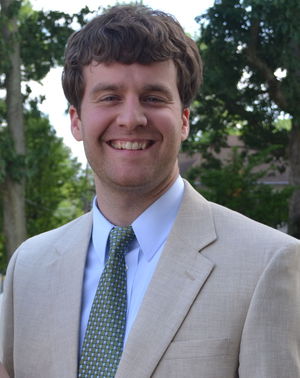 When Brian Murray, ’11 J.D., worked as a staff attorney in the employment unit at Community Legal Services in Philadelphia, he saw first hand the long-term challenges low-income citizens face after having contact with the criminal justice system, and he wanted to do more to help.

“I had a client who was convicted of simple assault when he was around 18 in the mid-1960s,” Murray said. “When he applied for a customer service representative position 50 years later, where he would only be on the phone with customers, the company automatically denied him.”

According to the National Employment Law Project, 70 million Americans with criminal records are barred — by law or stigma — from contributing to the economy and earning a stable income. The American Bar Association estimates there are 38,000 collateral consequences, such as ineligibilty to vote or legally purchase a firearm, that accompany a criminal record. Work in certain sectors, like education and healthcare, is often off limits. Most public housing forbids residency for anyone with a criminal record. A record can also make it impossible to receive food stamps or financial aid.

Many of the clients Murray worked with at CLS and then at the Chester County Public Defender’s Office — where he was as an assistant public defender — helped to get him thinking more broadly about the law and how individuals end up with certain convictions. He knew he wanted his next lawyering role to move him from practice to theory.

“I realized I could stay at the public defender’s office and make a career out of that, and I would have been happy, but I also thought there are a lot of issues that require additional studying,” he said. “I thought I could do more good researching and writing about the law as well as teaching the next generation of lawyers.”

That interest led him to Temple Law School, where he has been an Abraham Freedman Fellow. There, he authored scholarship related to the right to counsel, collateral consequences, plea-bargaining, and professional responsibility. Some of his articles appeared in the University of Richmond Law Review, Harvard Law and Policy Review, and Stanford Journal of Civil Rights and Civil Liberties.

Notre Dame faculty who taught Murray while he was a law student said they expected him to do well in his new position.

“I had the pleasure of teaching Brian, getting to know him well, and celebrating his important and good work in the legal profession,” said Rick Garnett, Notre Dame Law School professor. “Brian has put his education and talents to work in the service of the disadvantaged. At the same time, he was inspired to engage in important and thoughtful legal scholarship and to dive into law teaching. I am delighted by his new appointment at Penn and look forward to learning from him in the years to come.”

Murray said the research center takes an interdisciplinary and data-driven approach to identifying and analyzing crucial problems in the justice system — including how error occurs — and proposes solutions that improve its fairness for the benefit of society.

As part of the fellowship, Murray will be expected to produce original academic work in which he plans to focus on what he calls the last unturned stone in the study of actors in the criminal justice system: prosecutors.

“They hold the cards,” Murray said. “If we don’t unlock the mysteries as to why prosecutors act certain ways at various phases, we’re going to continue asking questions when we’re already too far along in the criminal process.”

With prosecutors being one of the most influential positions within the justice system —having the power to decide when to bring a case or drop charges, how and whether to prosecute, what level of charges and sentences to pursue, and whether to offer a plea bargain — Murray’s research has the potential to make a significant impact.

Murray said he’s looking to get more academics and law students engaged in discussions about how prosecutors think, act, and behave, especially during plea-bargaining and with respect to collateral consequences like those faced by his client at CLS.

“My hope is that there is a trickle down effect, whether it’s at just my law school or across the academy and ultimately into the profession,” he said. “That, to me, is going to effect some sort of change.”