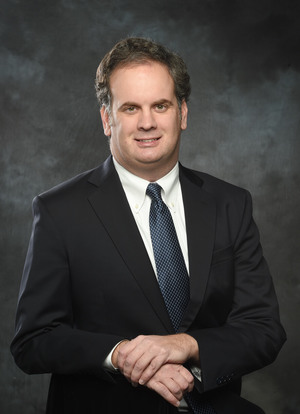 In January of this year, the U.S. Attorney’s Office for the District of Montana announced that it created a new position focusing solely on civil rights cases, both civil and criminal. Brendan McCarthy, ’00, ’04 J.D., was selected for that position.

McCarthy has been an assistant U.S. attorney in the Billings office since January of 2013. In that role, he has tried seven jury trials – ranging from narcotics to white-collar cases – and has argued four times before the U.S. Court of Appeals for the 9th Circuit.

While assigned to the local Organized Crime Drug Enforcement Task Force, he received recognition for his work on a multi-agency wiretap investigation dubbed “Operation Pale Mule” that dismantled a violent drug-trafficking organization run out of a California prison. It included the conviction of one of the leaders at trial.

In his new role as a civil rights attorney, McCarthy hopes to make an impact both in and out of court. He has conducted outreach with local nongovernmental organizations and tribal leaders to address civil rights issues, and he plans to continue to do so. In court, he was part of a U.S. Department of Justice trial team that obtained a favorable verdict in May for a person with disabilities. It included an award for punitive damages against a landlord for violations of the Fair Housing Act after a seven-day trial in federal court in Butte, Mont.

“It exemplifies our commitment to ensuring that everyone in the community is treated fairly and is able to participate and be a part of the community,” McCarthy said.

McCarthy also recommends a career with the Department of Justice to any law students interested in public service. “At the end of the day, your goal is to make sure that justice is done,” he said. “That makes it easy to get up every day and go to work.”

McCarthy credits Notre Dame with preparing him to be successful in the courtroom. In particular, he said that his time in Professor Jim Seckinger’s Intensive Trial Advocacy course helped give him a head start. “I don’t think I would have been able to hit the ground running without my education at the Law School and the practical experience I gained in Professor Seckinger’s course,” McCarthy said.

Finally, McCarthy said Notre Dame’s alumni network has provided opportunities and mentors throughout his career. After law school, he clerked in the New Jersey Superior Court, Civil Division, for the Hon. Frank M. Ciuffani, ’69 B.A. And he was hired as an assistant U.S. attorney by former two-term U.S. attorney for the District of Montana, Michael W. Cotter, ’71, ’77 J.D.

“The connections to Notre Dame have been instrumental in my career,” McCarthy said. “And that’s what I remember most about Notre Dame – how special the people are and how the community makes the place what it is.”