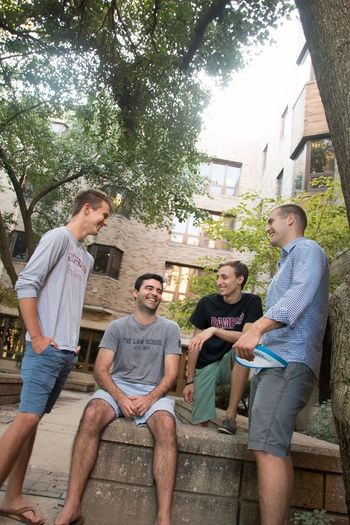 2L Matthew Razzano, second from left, laughs with residents of Siegfried Hall, where he is an assistant rector. Razzano also lived in Siegfried Hall when he was a Notre Dame undergraduate. // Photo by Alicia Sachau, Notre Dame Law School.

It was 1987 when John McCabe returned to Alumni Hall, across Main Circle from the Law School.

McCabe, ’86, ’89 J.D., had lived in Alumni as an undergraduate, but was too busy in those days as a member of the Fighting Irish football team to spend much time enjoying dorm life. When he returned as an assistant rector during law school, he had another opportunity to experience the residential life that makes Notre Dame unique.

“I always joked that Alumni Hall was the center of the universe, and for the Law School, that was true,” he said, laughing. “I could be up and out the door to class within three minutes.”

For a special group of Notre Dame Law students, the 2L and 3L years of law school are spent living among undergraduates as assistant rectors in residence halls, guiding students and giving them mental and spiritual resources to handle the demands of higher education.

For the majority of Notre Dame’s history, assistant rectors were priests. Today, many of them are law students.

“I’m drawn to law students for assistant rectors because they have good common sense,” Rozum said, sitting in his apartment in the dorm. 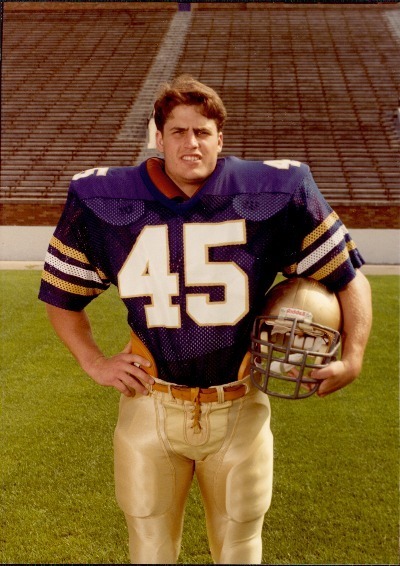 John McCabe, ’86, ’89 J.D., played football for the Fighting Irish and lived in Alumni Hall when he was a Notre Dame undergraduate. He returned to Alumni Hall as an assistant rector when he was in law school. // Photo provided by Notre Dame Athletics.

“They bring a lot of knowledge to the role,” Rozum said of law students. “The ARs are meant to take my place when I’m not here. We absolutely have to have them.”

Many other rectors seem to share Rozum’s opinion – 42 of 60 assistant rector positions campuswide are held by law students this year. Each residence hall has two assistant rectors.

Assistant rectors are compensated for serving as “second-in-command” of each residence hall. They receive a stipend as well as on-campus housing, meals, and parking.

But, for many assistant rectors, the financial reward is not the primary reason for taking the job.

Daniela Peinado, 3L, is serving her second year as an assistant rector in Lyons Hall, overlooking Saint Mary’s Lake on South Quad. Her undergraduate years were spent at the University of California, Santa Barbara, where she lived in a campus dorm for her first year and then in a sorority house for the remaining three years.

She was drawn to Notre Dame because of the culture of faith on campus, and she was drawn to the position of assistant rector to, at least in part, help young women with mentorship and faithful guidance.

“I love living with them and being able to share life with them,” Peinado said. “It’s a privilege to share the ups and downs with them. 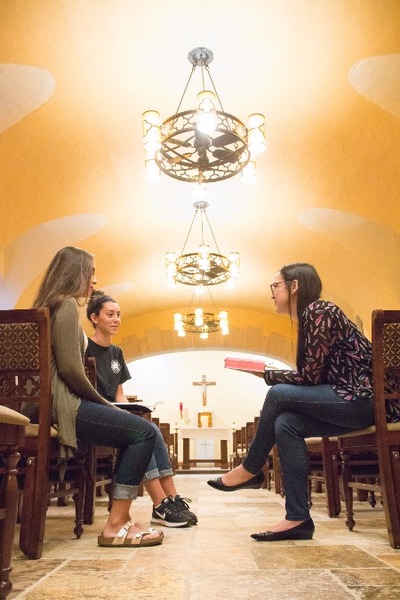 “It can be hard to find mentors that you can talk to about anything,” she continued. “Here, you can talk to faculty, staff, hall staff – you don’t have to look far to get really helpful advice.”

She started a women’s prayer group in Lyons this year with the hall’s other assistant rector, and loves sharing her happiness and fulfillment in God with the undergraduates in her dorm.

“You’re planting seeds,” she said of mentorship. “You don’t know if the words of encouragement you’re giving them – to be confident, to be authentic – are sticking until years down the road.”

He graduated with his bachelor’s degree in 2012, and when he returned for law school, he was sure he wouldn’t return to on-campus housing, despite enjoying his time as a Siegfried Rambler.

“I realized, though, the best part of Notre Dame is the community that is created, and you find that most in the dorms,” he said. “The dorm community is probably the most unique thing about ND. As an AR, your role is more than disciplinarian – you’re a leader, you’re a teacher. That’s how I remember my ARs.”

McCabe said the skills he garnered as an assistant rector – mentorship, responsibility – impacted his career as a lawyer.

“Certainly it helped, in terms of mentoring, in the law firm and when I was a hiring partner,” he explained. “I always remember the shoes that people are in at that age. You’ve been through it, you know what they’re thinking. The legal industry is a service industry, and you need to know how to talk, but more importantly how to listen. Being an AR helped teach that.” 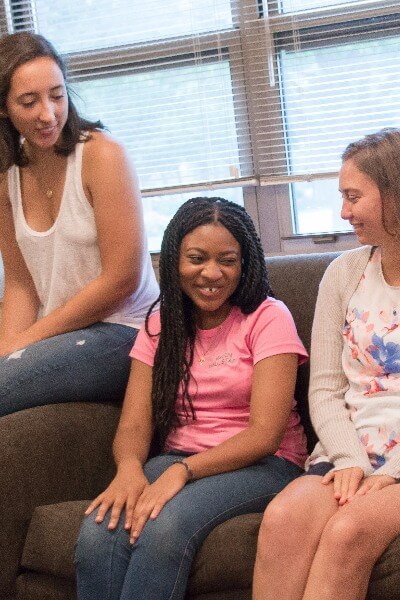 Chinelo Udokoro, 3L, talks with students from Badin Hall, the dorm in which she is an assistant rector. // Photo by Alicia Sachau, Notre Dame Law School.

Chinelo Udokoro, a 3L serving her second year as Badin Hall’s assistant rector, brought some experience to the role. She was a resident assistant for two years as an undergraduate at Georgia State University, and she said it was a “great fit” for her.

“As a 1L, I didn’t really feel that connection to the University that everyone talks about,” she said. “I’m from an immigrant family, and they didn’t know about Notre Dame before I applied. I asked myself, ‘How do I connect to this school?’”

Udokoro credited Badin’s rector, Sr. Susan Sisko, OSBM, as a major part of why she loves being an assistant rector. She also loves physically being on campus – and knowing campus – beyond the Law School. The weekly dorm Mass at 10 p.m. on Sundays is another special experience, she added.

“I love helping others with their problems,” she said. “It’s a way to get excited and to live vicariously through them when law school gets stressful. Their stress is over things that I can help them with, especially when I think about how hard law school is.”

Udokoro said she knows she’ll take that skill for helping people to her legal practice someday.

“A lot of law students think you can’t be an assistant rector and balance school and a social life, but it’s all possible,” she said. “There’s a life on campus outside of the Law School buildings, and once you tap into that, you can be a well-rounded person.”