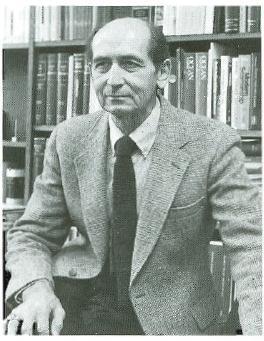 It is with a sad heart that the Law School announces the recent death of Associate Dean Emeritus William O. McLean. Known to all as “the Captain” because of his service in the U.S. Navy, Bill came to the Law School as a temporary assistant to then Dean (now Fr.) David Link. I believe his assignment to the Law School was to be for 6 months initially; fortunately for the Law School, he stayed until his retirement in the mid-90s. After retirement Bill remained very much part of the fabric of this Law School – teaching Admiralty Law, attending colloquia and other faculty events, and keeping up with his colleagues. For example, Mary Ellen O’Connell told me that until very recently, the Captain often sent her articles from Navy publications on topics of interest to her.

The Captain served in the Navy for 32 years before coming to Notre Dame. Of his many achievements in the Navy, he was particularly proud of having been a member of the U.S. delegation to the Strategic Arms Limitation Talks (SALT), which produced agreements still in force today. Dean Link wrote a very touching article in Notre Dame Lawyer upon Bill’s retirement. Bill handled everything from the budget to admissions, presiding over the introduction of computer technology, increases in the size of the class, and the upkeep of a building that constantly needed renovations, to name a few examples.

The Captain had the respect and love of all who knew him. He earned the respect of the faculty, even though he had to say “no” from time to time. No doubt his experience as a Navy pilot who had landed planes on aircraft carriers in bad weather and rough seas enabled him to navigate faculty politics with a steady hand. The students, many of whom he had admitted, brought their troubles to him. His daughter, Mary Leigh Hennings, told me a story about a first-year student who came to Bill very concerned that her scholarship award was not enough for her expenses. He opened up his wallet and promptly gave her $100 (a lot of money in those days) and told her to come back if she needed more. It is not surprising that the students created an award in Bill’s name before he retired, and, as Dean Link recalled in an article written at the time, they promptly named Bill as the first recipient. We continue to give the William O. McLean Award each year to the person who has done the most to contribute to the lives of Notre Dame Law School students. 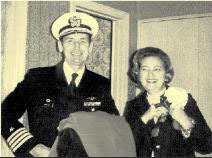 The burdens of command sat easily on his shoulders, owing no doubt to his experience in the Navy. A good and sweet man, he loved the Navy and Notre Dame equally. We all wish him strong winds and a following sea.

Visitation will be on Sunday, November 24, from 2 to 5 p.m. at Welsheimer Funeral Home, 17033 Cleveland Road, South Bend, IN 46635. Funeral services will be held on Monday, November 25, at 10 a.m. in the Sanctuary at Clay Church, 52866 Ironwood Road, followed by interment at Cedar Grove Cemetery next to his beloved wife, Shirley. Expressions of sympathy can be directed to his daughter, Mary Leigh Hennings, and son and daughter-in-law, Danny and Cyndi McLean, at Bill’s home. In lieu of flowers, the family has asked for donations to the McLean Fellowship which honors Bill and Shirley. Donations to the McLean Fellowship can be directed to the University of Notre Dame, 1100 Grace Hall, Notre Dame, IN 46556.