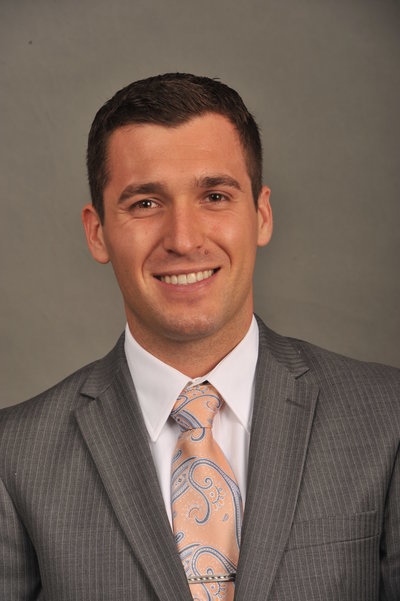 Anthony Kroese, 3L, has been on a mission to take student events and make them more fun, more efficient, more consequential. The Buffalo, New York, native is committed to improving his peers’ social and academic experience, he said, because he wants Notre Dame Law School to stand out from other top-tier law programs.

“When prospective students come to Notre Dame, I want them to recognize the difference,” Kroese said. “I want them to know there is a holistic approach to education at Notre Dame. We care about the whole person: mind, body, and spirit.”

To build a stronger sense of community, Kroese gets involved. Currently, he chairs the social committee of Notre Dame’s Student Bar Association, an organization he joined when began his law school education. His involvement, however, goes beyond student programming: He is one of Notre Dame’s student representatives for the American Bar Association, an editor of the Journal of College and University Law, and an admissions fellow with the Law School’s Admissions Office.

“There’s a sense of community and tradition here,” said Kroese. “It’s important we as students carry that forward and make it better for future students.”

Fall Ball, an annual semi-formal dance that takes place during the fall semester, is one of the events Kroese set out to make better. He booked the venue — South Bend’s Century Center — hired the DJ, and created an opportunity for students to spend time together outside of the Law School. His goal was to ensure there was space for all students to talk, connect, and actually network with one another.

“It is a complete relief for me that someone like Anthony was in charge of one of our biggest SBA events of the semester,” said Lauren Nottoli, 3L, and president of the SBA. “He brought so many new ideas to the table. He took the event further than I ever could have imagined. I had many people tell me that Fall Ball was one of the best law school events. That’s all because of Anthony.”

Kroese achieved record-setting success with Fall Ball. A total of 537 law students and guests attended the event this year, surpassing the 2014 and 2015 attendance numbers of 353 and 446. He would also like to have a great response with Barristers Ball, the Law School’s spring semester formal.

Kroese, along with his programming team, will organize the Barristers Ball as one of the final events of the year. Instead of thinking of the dance as “law school prom,” Kroese intends to expand the event and use it as a way for current law students to positively impact future students. He wants to plan a series of smaller activities that include fundraising aspects, he said, culminating with the Ball at the end of the celebratory week. Although options are still being considered, the funds will then be donated to a charity or scholarship fund.

“We want the week to embody all of the things we love about being Notre Dame Law students,” he said. “When we think about Notre Dame, we think about educating ourselves, celebrating our traditions, and serving others.”

While the larger events are important to students, Kroese also works alongside Kate Fitzgerald, 3L, and the Law School’s other ABA student representative, to ensure there is meaningful student programing throughout the semester. Building upon last year’s successful Mental Health Week, which took place before spring semester finals, the team organized a fitness initiative, known as “Character and Fitness Programming.” A variety of semester-long group fitness classes were organized, including yoga and kickboxing, specifically designed with the scheduling of law students in mind.

“It’s simple,” said Kroese. “Work out. Reduce stress. Law school success. We want students to take care of themselves and love being here.”

Along with programming that takes away some of the pressure associated with law school, Kroese has also focused on bringing more fun.

“What would Notre Dame be without football?” he said.

For the benefit of his classmates — and sometimes to the detriment of his sleep — Kroese organizes a football tailgate for law students, inviting all to share in game day celebrations.

“Anthony puts 100 percent of himself in everything he does, even if it’s at the expense of his own personal interest,” said Claudia Tran, 3L, and alumni relations chair for the SBA. “A lot of hard work goes into tailgating, and I don’t think people even realize it. Anthony will start the day at 5:00 a.m. borrowing someone’s truck, getting ice for the drinks, securing our spot, and setting up.”

Notre Dame faculty members have also gained great respect for Kroese and recognize his leadership. Associate Dean for Library and Information Technology and Professor of Law Ed Edmonds said, “Anthony’s tremendous impact on our community is because of his genuine caring and respect for every member of the Notre Dame Law School family, his kind and gentle manner, his outstanding organizing ability, and his daily example of the highest calling of servant leadership.”

Kroese’s dedication to the Law School stems from his desire to make the community better for others in the future. The impetus to improve the conditions around him started before he came to law school, he said, they started when he was in high school. In his sophomore year, Kroese worked with the Town of Amherst’s Youth Court program. The program allowed students in the community to be a part of the decision-making process for sanctioning their peers who violated the law or engaged in problem behavior.

“If someone stole a soda from CVS, or was caught vandalizing something, they could end up in our mock court,” Kroese said.

The program was run by students and was a voluntary alternative to traditional juvenile courts and school disciplinary proceedings. Kroese said he acted like a lawyer — gathering evidence and presenting a case on behalf of his peers — and high school seniors acted as a panel of judges. The outcomes of their court were shared with the broader community, including the city’s police department. The program operates as a second chance, giving youth the opportunity to confidentially complete community service instead of a hearing before a local judge. The experience as a whole made an impact on him. He realized being a lawyer would be a great way to serve his community.

“It was a great opportunity and I knew then going to law school might be a good fit for me,” Kroese said. “I thought it was powerful to have the ability to influence and help other people — especially my peers — figure out problems and help them make better decisions. I felt like I was actually making a difference in my community and I was actually seeing the change.”

After law school, he plans to return to Buffalo, he said, and work for a law firm that focuses on commercial and business litigation. He is excited to return to the community that he worked to improve and helped give him the opportunity to attend Notre Dame. He looks forward to having those same feelings when he returns to the Law School as an alumnus.

“I wanted to be a part of the team that made Notre Dame better. I joined student government to make sure my voice was heard so that I could have a great experience,” he said. “Along the way, I’ve realized we as current students also have a responsibility to make things better for the next group of students — students that are not here yet and that we may never meet.”