From Midwest to Metropolis 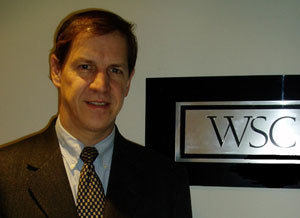 Raised in a Minnesota farm community and educated in small-town Ohio and Indiana, Robert Urban did not envision himself as a jet-setting businessman. “When I was a kid, going to Wisconsin was the closest thing to going abroad,” he jokes. He now lives and works in metropolitan Buenos Aires, Argentina, as a principle in a law firm and executive director of an international digital mapping company.

Fresh out of law school, Urban spent three years at law firm Mayer Brown in New York City representing international banks and securities underwriters. “It was very exciting work, and while I was there, the firm started its Latin American legal practice. I had the opportunity to visit a couple of South American countries and learn more about securities opportunities in the Latin American markets.” From there, Urban went to Cargill—an international agriculture, financial services, and industrial products company headquartered in Minnetonka, Minnesota—where he worked as an international trade and structured finance manager. It was there that he established what was to become a long term relationship with Argentina. While at Cargill, Urban held positions in Minneapolis, London, Geneva and Singapore, “but with Cargill’s two largest exporting operations being located in Argentina and Brazil my focus always seemed to be directed toward one of these countries,” explains Urban.

In 2001 Argentina entered a period of financial crisis defaulting on its international debt, abruptly devaluing its local currency and experiencing five different Presidents in less than a week. It was in this environment that Urban accepted a position with Archer Daniels Midland in Argentina, where he currently resides. “This was a very interesting time, to say the least”, explains Urban.

While working mostly outside of law firms and often on commercial desks, “my law degree has helped me substantially,” says Urban. “My work for these corporations was often on the legal side coordinating legal counsel, drafting agreements, and negotiating terms, sales and relationships. I left Notre Dame with the skills necessary to be versatile.”

Eventually, Urban decided to make his life in Argentina after falling in love—both with his wife of 7 years and with the country. Now, Urban is an attorney and principal at Wiener Soto Caparros in Buenos Aires, the only law firm in Argentina managed and represented by Americans (Urban and fellow principle Laurence Wiener are both Americans and lead a firm staffed principally by Argentine lawyers). He is also executive director at Datamap SRL, which makes digital maps of Argentina and Uruguay for their international strategic partner Tele Atlas (member of the TomTom GPS group).