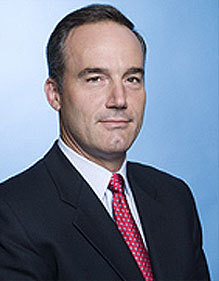 Notre Dame Law School alumnus David Scheper ’85 was selected as a Fellow of the prestigious American College of Trial Lawyers. Fellowship is extended only by invitation, and membership in the organization can never be more than one percent of the total lawyer population of any state or province in the United States and Canada. Members are chosen for their skill as advocates and for careers marked by the highest standards of ethical conduct, professionalism, civility and collegiality.

Mr. Scheper has successfully represented companies and individuals in high-stakes cases and investigations throughout the country, both in federal and state proceedings. He served as an Assistant U.S. Attorney in the U.S. Attorney’s Office in Los Angeles from 1987 to 1999 and as Chief of the Criminal Division from 1997 to 1999. As an Assistant U.S. Attorney, Mr. Scheper was responsible for the investigation, trial, and appeal of federal criminal cases involving, tax, securities, and bank fraud; money laundering; murder; bank robbery; and narcotics. As Chief of the Criminal Division, he oversaw the work of approximately 180 prosecutors in the largest U.S. Attorney’s office in the United States. Mr. Scheper also served as a member of the Criminal Chiefs’ Working Group, an assembly of selected criminal chiefs from across the country devoted to policy analysis. Mr. Scheper tried 20 cases and briefed and argued numerous appeals during his tenure as a federal prosecutor.

Before helping to form Scheper Kim & Overland LLP, from 1999 to March 2004, Mr. Scheper was a partner at Winston & Strawn and chaired the litigation department in the Los Angeles office. He practices in the areas of general commercial and business litigation, internal investigations, and white collar criminal defense.

In Mr. Scheper’s white collar practice, he has represented senior executives and companies in investigations involving, among other things, the backdating of stock options, the Clean Water Act and other environmental laws, Medicare and Medi-Cal fraud, bankruptcy fraud, tax fraud, securities fraud, investment fraud, and federal and state antitrust defense. He also served as independent counsel to the City of Thousand Oaks in connection with the enforcement of the City’s campaign finance laws. In addition, Mr. Scheper has conducted internal investigations into allegations of conflict of interest by the prosecuting attorney of a large California municipality and alleged wrongdoing by employees of Fortune 500 companies in the paint, oil, communications, housing, insurance and managed services fields.