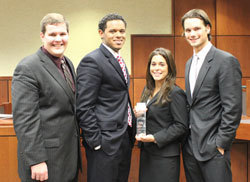 The team will now go on to compete in the AAJ Student Trial Advocacy National Competition held in Las Vegas and sponsored by the American Association for Justice.

The final round pitted one NDLS AAJ Trial Team against another and resulted in a 2-1 split decision. Thus, both the Regional Champion and the Regional Runner-up are NDLS 2L teams. 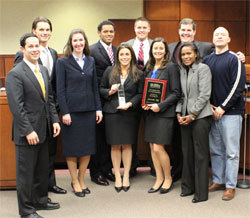