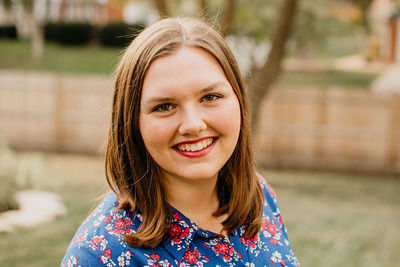 Kathryn Pflug, a third-year student at Notre Dame Law School, has been awarded a scholarship from the National Association of Former United States Attorneys Foundation.

The program awards $5,000 scholarships to unpaid student interns who have performed outstanding work while interning at U.S. Attorney’s Offices and the Department of Justice, and for their achievements in law school.

Pflug worked last summer at the U.S. Attorney’s Office for the District of Nebraska in Omaha. She focused primarily on Indian Country criminal cases. She worked with the FBI to take a child sexual abuse case from the reporting stage to the charging stage. She was the second chair for an evidentiary hearing for a homicide case, where she presented the full draft of the government’s brief. She also served as second chair on a child pornography case in which she assisted with witness prep, jury selection, and performed direct examination of the government’s opening witness.

Pflug, who also completed a general externship with the U.S. Attorney’s Office during her first-year summer, said, “The doctrinal foundation and practical skills I’ve gained at Notre Dame gave me the confidence I needed to jump into the work the United States Attorney’s Office had for me.

“I am humbled that the District of Nebraska, and especially my mentor, Assistant U.S. Attorney Lecia Wright, took the time to nominate me for this scholarship, and I am grateful to have NAFUSA support my studies as I prepare for a career in federal prosecution.”

While at Notre Dame Law School, Pflug has served as president of the Law School’s chapter of the Future Prosecuting Attorneys Council and as a student ambassador for the admissions office.

Pflug has also participated in two of the Law School’s externship programs — a judicial externship with Judge Damon R. Leichty, U.S. District Court for the Northern District of Indiana, and a public defender externship with the St. Joseph County Juvenile Justice Center.