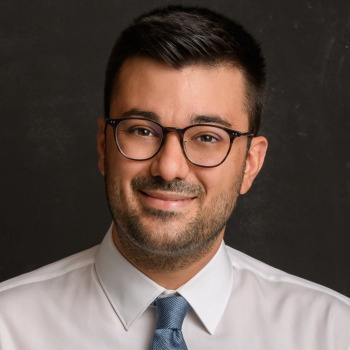 Join the Notre Dame London Law Program for the Peace Through Law Lecture, an annual keynote lecture which explores the attainment of peace through the successful implementation of justice and the rule of law. Beyond the cessation of hostilities alone, the lecture promotes a broad definition of peace as a freedom from disturbance, discrimination, and other inequities which supports human flourishing. Each year, a distinguished legal scholar or practitioner is invited to lecture on how their scholarship and work promotes and affects the attainment of peace through law. Emmanuel Giakoumakis will give the 2021 lecture.

The Interests of Peace and the Right to Reparation

This year marks a centenary since the establishment of the 1921 London Schedule of Payments, in which the Reparation Commission established under the Treaty of Versailles assessed Germany’s liability for civilian damage caused during the Great War at 132 billion marks. The financial obligations placed upon Germany under the infamous ‘war guilt clause’, criticized at the time as a ‘Carthaginian peace’, have commonly been described as one of the driving forces that led to the Second World War. A century later, international law is still seeking ways to strike a balance between the interests of peace and the right to reparation for mass-scale violations. In the last decades, States have resorted to a wide range of mechanisms to address large-scale atrocities, ranging from arbitration and adjudication to sophisticated hybrid programs. At this critical juncture, this lecture aims at exploring some of the attempts made at the international level to provide remedies for large-scale violations  and the overarching purpose of the peaceful settlement of disputes. To what extent—if any—have the interests of peace influenced the implementation of the right to reparation?