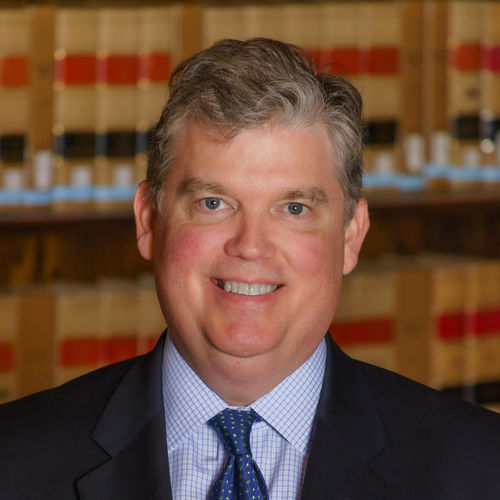 William K. Kelley teaches constitutional law and administrative law, and focuses on public law issues in his scholarship. Chief Justice John G. Roberts appointed Kelley to the Committee on Rules of Practice and Procedure (the "Standing Committee") in September 2015 for a three-year term. During Spring 2008 semester, he served as the Associate Dean for Faculty Research. From 2005-2007, he served in the White House as Deputy Counsel to the President. In that capacity, he was responsible for advising the President of the United States on all legal matters affecting the Executive Branch. He joined the faculty in 1995 after practicing with two major law firms, and serving from 1991-1994 as assistant to the solicitor general at the Department of Justice in Washington, D.C. Professor Kelley began his legal career by serving as law clerk to the Honorable Kenneth W. Starr on the U.S. Court of Appeals for the District of Columbia Circuit (1987-88), as well as for Chief Justice Warren E. Burger and Associate Justice Antonin Scalia (1988-89). He earned his B.A. from Marquette University in 1984, where he was a member of Phi Beta Kappa, and his J.D. from Harvard Law School in 1987, where he served as Supreme Court editor of the Harvard Law Review.

The Constitutional Dilemma of Litigation Under the Independent Counsel Statute, 83 Minnesota Law Review 1197 (1999)

The Structural Function of the State Action Doctrine in American Constitutional Law, in The Duty to Protect and to Ensure Human Rights (Eckart Klein ed., Univ.
of Potsdam 2000)

Agostini v. Felton, in The Encyclopedia of the American Constitution (Supp. II 1999)

Kiryas Joel, in The Encyclopedia of the American Constitution (Supp. II 1999)