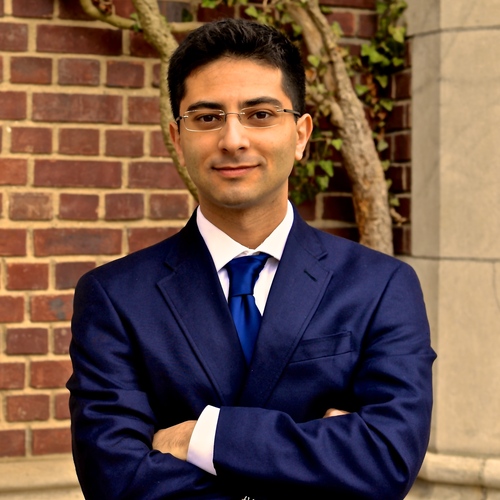 Sherif Girgis joined Notre Dame Law School in 2021. His work at the intersection of philosophy and law—including criminal law, constitutional law, and jurisprudence—has appeared in academic and popular venues including the Virginia Law Review, the University of Pennsylvania Law Review, the Yale Law Journal, the American Journal of Jurisprudence, the Cambridge Companion to Philosophy of Law, the Harvard Journal of Law and Public Policy, The Wall Street Journal, and The New York Times.

Prior to joining Notre Dame, he practiced appellate and complex civil litigation at Jones Day in Washington, D.C., having previously served as a law clerk to Justice Samuel Alito, Jr., of the U.S. Supreme Court and Judge Thomas B. Griffith of the U.S. Court of Appeals for the D.C. Circuit. Now completing his Ph.D. in philosophy at Princeton, Girgis earned his J.D. at Yale Law School, where he served as an editor of the Yale Law Journal and won the Felix S. Cohen Prize for best paper in legal philosophy. He earned a master’s degree (B.Phil.) in philosophy from the University of Oxford as a Rhodes Scholar and a bachelor’s in philosophy from Princeton, Phi Beta Kappa and summa cum laude.