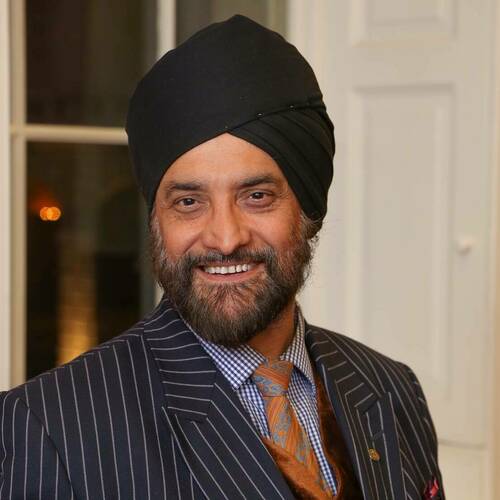 Satvinder Juss is a human rights expert focusing on policy-oriented work and professor of law at King's College London. He contributed as a renowned expert at the invitation of the Home Affairs Committee to a pioneering seminar on Human Trafficking at the Houses of Parliament on 14 May 2009, which brought together the Chairs of all the Home Affairs Committees in Europe, in a new initiative to harmonize standards and procedures in this field. He was also Consultant in April 2009 to the International Organisation for Migration (IOM) in a program funded by the British Embassy in Ankara, Turkey, on issues of expulsion, re-admission and voluntary return of migrants.  In 2010, he advised the Government of Bermuda on legislation.

Juss has been involved in, and given policy speeches for, various think-tanks, including the Royal Society of Arts, Encounter, and the Rowntree Trust. He regularly appears as a practicing Barrister in the High Court and the Court of Appeal and is listed as a "Legal Expert" in the Directory of Legal Experts, He has also argued cases in the House of Lords and the Privy Council. He was counsel in the foreign marriages case (involving Art. 12 right to marry) and in the 'funeral pyres' case (involving Art. 9 right to religious freedom) and sits as a part-time judge. Juss has taught at a number of Universities in the UK and the USA, including Harvard Law School and Indiana University in Bloomington. He is a Fellow of the Royal Society of Arts, and its Council Member, and is a member of its Migration Commission, which published its ground-breaking Report, “Migration: A Welcome  Opportunity” in November 2005. He is a Council member of Encounter, and of the Society of Legal Scholars. In 2010 his name was added to the Panel of the Arbitrators of the Indian Council for Arbitration. Juss seeks to incorporate the role of scholar, practitioner, and activist in all the various fields of his expertise.