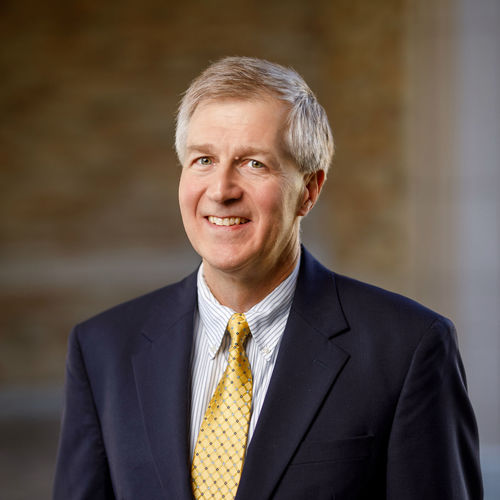 Matthew J. Barrett, a member of the Notre Dame Law School faculty since 1990, teaches business-related courses, currently accounting for lawyers, analytical methods for lawyers, and federal income taxation. He has also taught business associations, business planning, not-for-profit organizations, and seminars studying the intersection between law and accounting. His seminars during the fall semesters in 2008 and 2009 focused on the stock option scandals and the credit crisis, respectively. In 2001, the graduating class selected him as the Law School’s Distinguished Teacher. In 2010, he was appointed as an adjunct professor at New York University School of Law to teach a course in Financial Accounting for Lawyers for the NYU/IRS Continuing Professional Education Program sponsored by the Office of Chief Counsel of the Internal Revenue Service.

In 1997, Barrett joined David R. Herwitz, now Professor Emeritus at Harvard Law School, as co-author of the second edition of the law school casebook, Accounting for Lawyers, a text whose roots date back to the first casebook on accounting for law students in 1948. More recently, Barrett co-authored unabridged and concise versions of the fifth edition in 2015. Foundation Press published combined supplements for those fourth editions in 2008, 2009, 2010, 2011, and 2012. To date, these texts have been adopted for classroom use at more than 100 different law schools, including seventy that have used a fourth edition.

Barrett actively participates in the life of the Law School, the University, and the local South Bend community. In 1998, the Student Bar Association awarded him the Captain William O. McLean Community Spirit Award for exceptional contributions to community life. In 2010, Barrett and his wife received The Spirit of Holy Cross Award from the Priests and Brothers of the Congregation of Holy Cross, Indiana Province for “years of diligent and deft service as [lay collaborators] with the Congregation of Holy Cross.” That same year, he also received the Grenville Clark Award from the University of Notre Dame for volunteer activities advancing the cause of peace and human rights.

Outside the University, Barrett has served as chair (1999-2000) and member (1997-2000) of the Committee on Audit and Association Investment Policy for the Association of American Law Schools, on the editorial board of the Journal of Limited Liability Companies (1994-1998), and as recording secretary of the taxation committee of the Ohio State Bar Association (1989-1990). He is a member of the ABA Section on Business Law, Committee on Law and Accounting (since 1995) and was elected as an alumnus member of Phi Beta Kappa in 2002.

Barrett periodically assists the Notre Dame Clinical Law Center with tax issues, volunteers with the Tax Assistance Program in the Mendoza College of Business, and has advised the South Bend Center for the Homeless on various tax and corporate matters.

He is married to Kate Barrett, who works part-time for Campus Ministry as the assistant director of undergraduate ministry. They have three sons and one daughter.

Materials on Accounting for Lawyers (2d ed. Foundation Press 1997 & Supp. 1999, 2000) (with David R. Herwitz) (cited by the Supreme Court of the United States in its unanimous opinion in Mutual Insurance Co. v. Commissioner, 523 U.S. 382, 384 (1998), and adopted for classroom use at more than fifty law schools, including Harvard, NYU, University of California (Berkeley), Georgetown, and USC).

Articles
Professor Barrett has published numerous articles in his areas of academic expertise, including:

The Theological Case for Progressive Taxation as Applied to Diocesan Taxes or Assessments Under Canon Law in the United States, The Jurist 63 (2003) 312-65.

Enron, Accounting, and Lawyers, Notre Dame Lawyer, Summer 2002, (reprinted on pages 193 to 201 of a Program Handbook entitled "Analyzing Financial Statements After Enron What Every Lawyer Should Know" (January 2003)).

Agency Authority in LLC Statues (Part I): Uniformity and Peculiarity, with Brian H. Blaney, 4 The Journal of Limited Liability Companies 139 (1998).