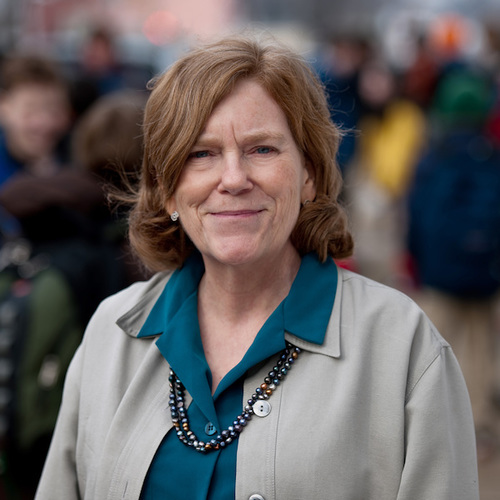 Margaret "Peg" Brinig is the quintessential interdisciplinarian, melding her expertise with law and social science in empirical studies of families, social capital, and social welfare legislation.

Brinig is best known for her expertise in family law. She sat on the executive council of the International Society of Family Law, and published Family, Law, and Community: Supporting the Covenant (University of Chicago Press, 2010), which offers a distinctive study of legal reform from the perspective of family dynamics and social policy. The book examines a range of subjects of current legal interest including cohabitation, custody, grandparent visitation, and domestic violence. She concluded that conventional legal systems and the social programs they engender ignore social capital: the trust and support given to families by a community.

Brinig previously collaborated with another colleague, Dan Kelly, on the Law, Economics, and Business seminar. The seminar features speakers from within Notre Dame's law school, economics department, business school, and other departments, as well as speakers from other law schools and universities. Law students and graduate students from other departments have the opportunity to read, discuss, and comment upon seminal scholarship by leading academics while earning course credit for participating in the seminar.

At the University of Notre Dame, Brinig was a Fellow of the Institute for Educational Initiatives at Notre Dame, and worked closely with the Institute's Alliance for Catholic Education (ACE) Program. She conducted groundbreaking research with colleague Nicole Garnett on the negative impact of Catholic K-12 school closures on poor neighborhoods.

Brinig has been honored for her work at a Notre Dame football game, and won the Distinguished Professor Award at George Mason University. She is a member of the American Law Institute.

Margaret F. Brinig, From Contract to Covenant: Beyond the Law and Economics of the Family (Harvard University Press, 2000)

The Effects of Hollingsworth and Windsor on Family Law, 6 Elon Law Review 499 (2014)