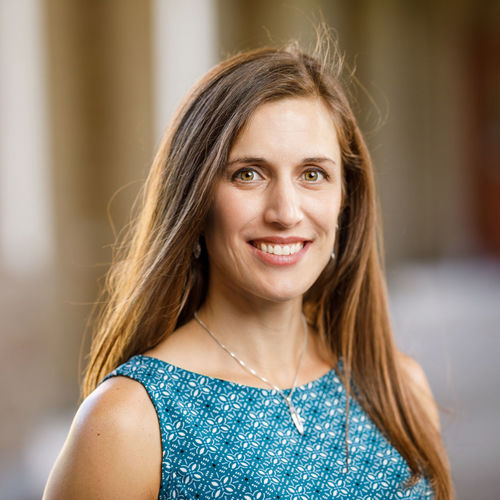 Marah Stith McLeod joined Notre Dame Law School in 2016. She teaches criminal law and criminal procedure and studies legal and ethical problems in these areas. Her scholarship explores the distribution of decisional power in the criminal justice system and the theory and practice of criminal punishment, including the death penalty.

McLeod attended Yale Law School, where she was notes editor of the Yale Law Journal. She served as a law clerk to Judge Diarmuid O’Scannlain of the Ninth Circuit Court of Appeals and to Justice Clarence Thomas of the U.S. Supreme Court. She also served an Attorney-Adviser in the Office of Legal Counsel in the U.S. Department of Justice.

After her government work, McLeod joined Sidley Austin LLP in Chicago and became a civil litigator and pro bono counsel in death penalty cases. She taught legal writing at Columbia Law School prior to coming to Notre Dame.

McLeod studied political theory at Harvard University, after which she spent a year working with Mother Teresa’s sisters in a home for handicapped orphans in Kolkata, India. McLeod now has three beloved children of her own.