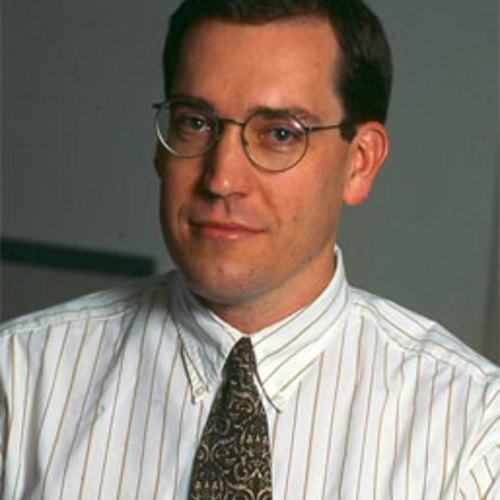 Joseph Thomas joined the staff of the Notre Dame Law School Kresge Library as an assistant librarian in 1989. Thomas earned his B.A. with a double major in history and English from the University of Kentucky in 1980 and his M.A. in library science from the University of Chicago in 1983. He became an associate librarian in 1992 and was subsequently promoted to assistant head, acting head, and head of the library’s technical services department. He was promoted to librarian in 2002. Thomas’s responsibilities included the ordering, vendor relations, and acquisitions accounting. He maintained the library’s collection development policies and procedures and served as senior counselor to the director on all aspects of technical services. He also advised the director on policy matters and library operations, and assisted him with personnel and budget matters. Thomas was an active member of the American Association of Law Libraries serving on many committees and special interest sections. Thomas received librarian emeritus status August 31, 2015.