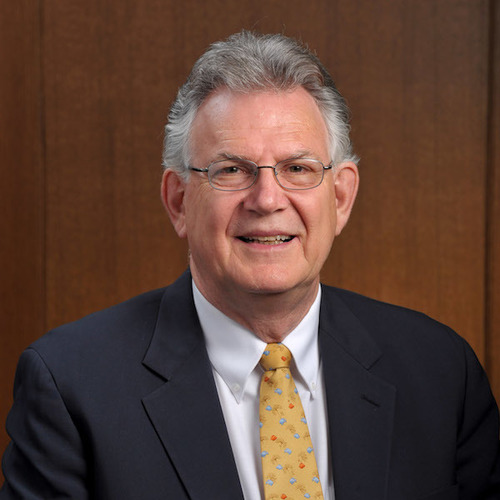 Professor Jim Seckinger is recognized nationally and internationally as a top advocacy professor and author.

Seckinger is widely published and has received numerous awards for his excellence in teaching trial advocacy, deposition skills, and evidence. Seckinger is the recipient of the ALI-ABA Committee on Continuing Professional Education’s prestigious Francis Rawle Award.

Professor Jim Seckinger has received a Lifetime Achievement Award, where the award presenter noted: That's what Jim [Seckinger] does. He finds people; he lifts them up and then lets them go. It's a ministry for Jim, a mission, to leave things, people, better than when they came. It was a stupidly easy choice to award this lifetime achievement award to Jim Seckinger — a mentor, a friend, a fundamentalist, and the foundation for advocacy training, not only in the U.S., but around the world. And he shares. It's the greatest gift professionally anyone could ever give.

Professor Seckinger has published numerous articles on the subject of trial advocacy and trial techniques, including: