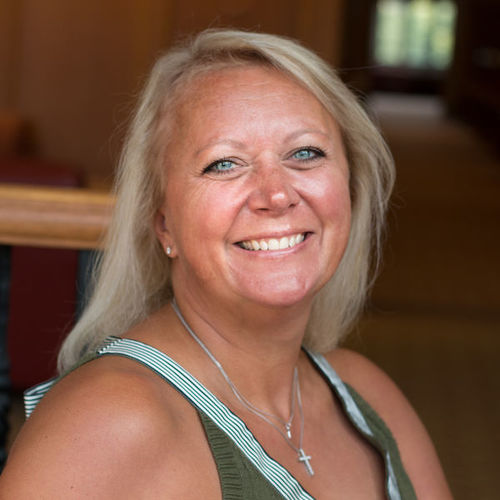 Heidi Baguer joined Notre Dame Law School as an administrative assistant for the Career Development Office in August 2016, and became recruiting program manager in January 2022. Since moving to Indiana in 2010, she worked for three local churches simultaneously within the Episcopal Diocese of Northern Indiana as their operations manager. Prior to that she was a regional director of operations for an IT consulting firm based out of Chicago. Her region consisted of the New Jersey, New York and Boston areas.

Heidi and her husband Chris have two children, both who attend The Citadel in Charleston, SC. Their son Cris, is a Biology major and their daughter, Emma, is majoring in Cyber Intelligence & Security. Chris Baguer is an Executive Director of Regional Development at Notre Dame. Keeping Heidi company, while the kids are away at school and Chris is traveling, are their two Labradors - Badin & Nieuwland.