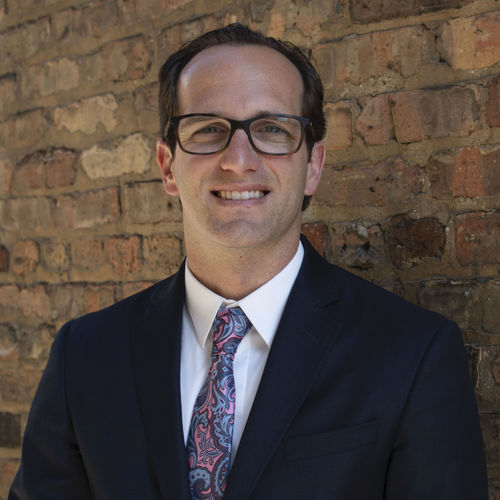 Elliot Slosar is an attorney at Loevy & Loevy, a nationally recognized civil-rights law firm based in Chicago, Illinois. There, Slosar represents plaintiffs in Section 1983 cases based on police misconduct, specializing in wrongful conviction lawsuits. To date, Slosar has assisted wrongfully convicted clients in obtaining verdicts and/or settlements exceeding $85,000,000.

In addition to his work at Loevy & Loevy, Slosar also serves as a staff attorney for The Exoneration Project, a legal clinic based out of the University of Chicago Law School that is dedicated to pro bono representation of the wrongfully convicted. In that capacity, Slosar has assisted in the exoneration efforts of eight individuals.

Slosar graduated from DePaul University in 2008 with a bachelor’s degree in Political Science. Slosar remained at DePaul University for law school where he graduated in 2013. During his tenure, Slosar received numerous awards for his outstanding work in Trial Advocacy, Pre-Trial Civil Litigation, and Law and the Mass Media. Slosar is the Chicago Bar Foundation’s 2009 Abraham Lincoln Marovitz Scholar, a prestigious award given annually to an incoming Illinois law student who has shown a deep commitment and future dedication to public interest law.