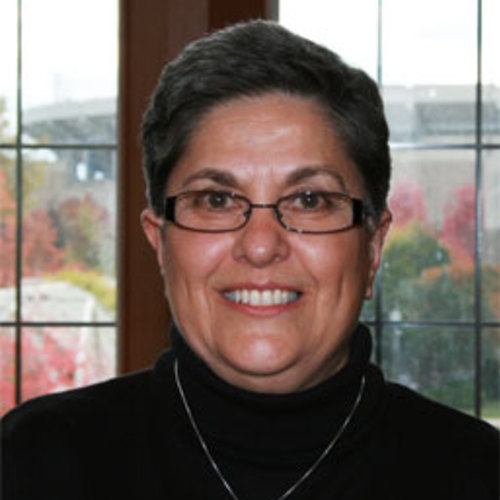 Carmela Kinslow joined the staff of the Notre Dame Law School Kresge Library faculty in 1990 as head of access services, and in 2000 was promoted to associate librarian. She earned her B.S., M.L.S. and M.S.A. degrees from Indiana University (Bloomington) and Notre Dame in 1987, 1989 and 1991, respectively. Her areas of interest include resource sharing, dissemination and storage of electronic information and administrative and management issues such as cross-training, staff development and supervising student assistants. She served on the Affirmative Action, Judicial Review, Diversity, Mentor, and Awards committees for the American Association of Law Libraries. She also served as chair of the 1990-1991 annual meeting of the Ohio Regional Association of Law Libraries and was a member of the Scholarship Committee of ORALL.

She was a member of the American Association of Law Libraries and ORALL from 1985 to 2015. Kinslow received librarian emeritus status June 30, 2015.