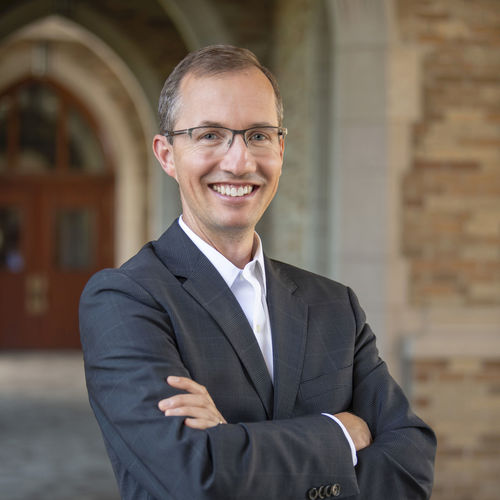 Professor Huber is on research leave during Fall 2022.

Professor Bruce Huber joined the Notre Dame law faculty in 2011. After earning his undergraduate degree at Stanford University, Huber received his J.D. and a Ph.D. in Political Science at the University of California, Berkeley, where he earned several teaching awards. Before arriving at Notre Dame, he taught for several years in the Department of Government at Dartmouth College. He has also practiced law in Washington State and worked as a college minister for a large Presbyterian church.

Huber teaches and conducts research in the areas of environmental law, natural resources law, property, and energy law. His particular areas of expertise include energy regulation, public land and resource management, and the interaction between law and politics. His scholarship in these fields has been published in such journals as the California Law Review, the Harvard Environmental Law Review, and The Georgetown Law Journal. In 2017 and 2022, his journal articles were selected as among the top five publications in the field of environmental law that year.

Huber is a fellow of the Fitzgerald Institute for Real Estate and an editor of the journal Transnational Environmental Law. He has presented his work at numerous events and conferences around the world and has been quoted in the national media on matters related to his research. The 2017 graduating class also named Huber the Distinguished Professor of the Year.

The US Public Lands as Commons, in Routledge Handbook of the Study of the Commons (Blake Hudson, Jonathan Rosenbloom, and Dan Cole eds., Routledge 2019)

How Did RGGI Do It? Political Economy and Emissions Auctions, 39 Ecology Law Quarterly 59 (2013)