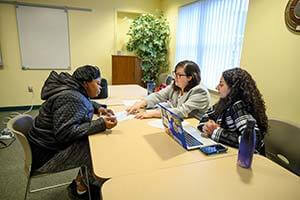 In addition to physical and emotional trauma, survivors of domestic violence often emerge from abusive relationships with criminal records, whether from drug or alcohol abuse or from the messy fallout of domestic violence, in which police and prosecutors struggle at times to separate victim from perpetrator, truth from fiction.

This makes it difficult for survivors to find housing and employment, with employers and landlords reluctant to hire or rent to people with criminal records because of restrictive state, local or federal laws or personal bias.

At the same time, some states exclude former felons from voting or from occupations such as nursing or cosmetology that require a license.

In an effort to address the issue, Chris Kozelichki, a former deputy prosecutor and now assistant director for career development at Notre Dame Law School, and 45 law students hosted an expungement clinic Oct. 29 (Tuesday) at the YWCA of North Central Indiana in South Bend.

From 1:30 to 6:30 p.m., Kozelichki and the students helped survivors of domestic violence navigate the expungement process for felony and/or misdemeanor convictions in Indiana free of charge, opening critical doors for the survivors while providing practical experience to the law students.

“This can improve (survivors’) lives in pretty demonstrable ways,” Kozelichki said of expungement, “and it’s actually not that hard of a process.” 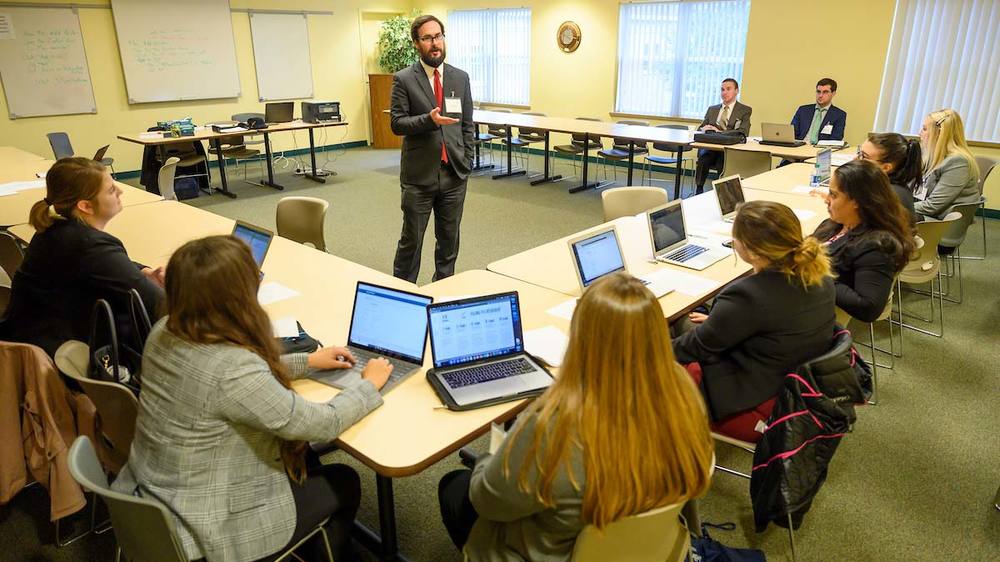 Expungement is a court-ordered process in which the legal record of an arrest or conviction is sealed or “erased” in the eyes of the law, allowing ex-offenders to apply for jobs, housing or other products or services without fear of discrimination. Expungement laws vary by state.

In Indiana, a person may apply to have most arrests and convictions expunged from their record after five to 10 years, Kozelichki said, excluding “major sex crimes and murder” — and only once.

In the case of domestic violence survivors, “The bottom line is, they’ve paid their debt, time has passed and they deserve the opportunity” to start fresh, regardless of past mistakes, Kozelichki said.

Responding to calls from local advocates, Kozelichki, who earned his law degree from the Maurer School of Law at Indiana University Bloomington, organized the expungement clinic in collaboration with the YWCA, the Family Justice Center and the Notre Dame Women’s Legal Forum, which helped recruit volunteers among the Law School students.

The volunteers, both women and men, participated in two training sessions in preparation for the clinic. One session focused on the legal aspects of expungement, with Kozelichki, and the other focused on the physical, emotional and psychological toll of domestic violence, with victim advocates.

“They exceeded my expectations in prepping for this,” Kozelichki said of the students.

Rachel Palermo, a second-year Law School student from Minnesota, is president of the Women’s Legal Forum, which works to increase awareness and understanding of legal issues for women and women lawyers.

“An important part of being in law school is figuring out how to actually apply the skills you’re learning in the classroom. The ability to do that in a way that helps women here in the community was something that I wanted to be involved with,” said Palermo, who hopes to work on behalf of vulnerable women in a pro bono capacity after graduation.

Kylee Johnson, a first-year Law School student from Idaho whose interest is in criminal law, described the clinic as “a good way to get my feet on the ground and see what real-world applications (of the law) are out there.”

From a conference room on the second floor of the YWCA, the students, working in groups of two or three, screened 12 women over the course of the afternoon, five of whom were eligible for expungement based on the nature, date and location of their arrests and/or convictions. Women with out-of-state cases were referred to appropriate resources outside Indiana.

Preparing to reenter the job market due to layoffs at her current place of employment, Christina Smith, of South Bend, visited the clinic in the hope of clearing up a felony drug conviction from 2011. She recently completed her sentence in relation to the case, which included work release as well as probation.

“It’s hard to find a good-paying job, or any kind of job, with a felony,” Smith said, noting how during her last job search she “couldn’t even get a $7.25 per hour job at (a grocery store) because I have a felony.”

The same applies for housing, life insurance and other products and services, Smith said.

She thanked Kozelichki and the Law School students for “help(ing) people like me who screwed up in life get back on their feet.”

Kozelichki plans to host a second clinic focused on the restoration of driving privileges for domestic violence survivors in the spring, which he described as another “big need area” along with expungement.

Originally published by Erin Blasko at news.nd.edu on November 18, 2019.