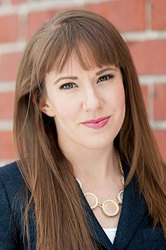 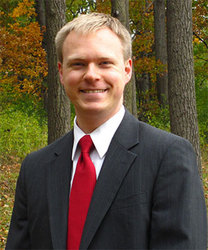 Ryan and Megan are the third and fourth NDLS grads to be named Supreme Court judicial clerks in the past decade. Last year, according to data reported to the American Bar Association, Notre Dame stood in a tie for 10th place among all U.S. law schools for its rate of placing students in federal judicial clerkships.

“To have one clerk selected for a Supreme Court clerkship is an honor for the student and for Notre Dame,” Dean Nell Jessup Newton noted. “To have two selected in the same school year is all the more remarkable. I couldn’t be more proud of these outstanding grads and the faculty who supported and worked with them.”

Megan credited the mentorship of the NDLS faculty for her selection. “I am grateful to Professors Bill Kelley, A.J. Bellia, and O. Carter Snead for helping to shape my understanding of the law and my abilities as a lawyer. The time they have invested in me—in my career and in my development as a person—is humbling. Nothing I can say will adequately express how grateful I am for their personal and professional example.”

Ryan attributed his selection to a number of factors, starting with the public-law offerings at NDLS. “Since graduation, I’ve worked on a number of cases that involved either constitutional or statutory interpretation,” he said. “I always felt well-equipped to analyze those issues because of the education I received at Notre Dame.”

“I owe all four of these professors a tremendous debt,” he said. “In addition to giving me the substantive skills I needed, from the very beginning they all gave me great career advice. I would not have gotten this clerkship without them.”

Megan said clerking for Judge Jeffrey Sutton on the Sixth Circuit Court of Appeals was a formative experience. “My clerkship with Judge Sutton was essentially an intensive, year-long writing workshop. Judge Sutton demands a lot from his clerks because he knows that by training them he is preparing new lawyers to serve the community and the profession. He was my boss, of course, but he was also my teacher— and a rigorous one at that. If even a quarter of his instruction has rubbed off on me, I’ll be doing alright.”

Ryan also clerked for the Sixth Circuit upon graduation and likewise expressed gratitude to his judge, Judge Raymond M. Kethledge. “Judge Kethledge is a fantastic judge to clerk for,” Ryan said. “He spent a lot of time giving me feedback and coaching me on legal writing, and he also strongly encouraged me to apply for a Bristow Fellowship, which has proven to be an invaluable experience.”

Megan spent a year as the Simon Karas Fellow with Ohio’s Attorney General. In that position, Megan represented Ohio in appeals at the Ohio Supreme Court and U.S. Supreme Court. Following her fellowship, she stayed with the Attorney General’s office as a Deputy Solicitor, where she continues to work in appellate law. “Working in state government is a tremendous opportunity for a lawyer. Every case I work on matters not only to my clients, but to Ohioans generally, because it is their lives and their laws that are at stake. It’s easy to love the work I do.”

Megan said she chose NDLS because of its Catholic identity. “Because Notre Dame recognizes the role faith and reason play in the formation of the intellect, certain ideas can be freely discussed and debated at Notre Dame that might be otherwise out of bounds in a polarized legal academy. Central concepts like the underlying logic of the law are still treated with the seriousness they deserve—and this creates a uniquely beneficial environment for students, faculty, staff. I wanted to be part of that.”

Ryan said he chose to attend NDLS for a number of reasons. First, he was interested in going to a school that had a national focus. “With many law schools,” he said, “the advice is to stay in the area after you graduate. But a Notre Dame degree is recognized nationwide. Also, I was really impressed by the idea of a school that emphasized how law is not just a professional career choice, but also an opportunity to have a positive effect in the world.”

Once he began his first-year studies, he said, he was delighted to confirm that NDLS is serious about seeking to educate a “different kind of lawyer.”

“I learned firsthand that this is not just a marketing slogan, but rather something the faculty pursued both in and out of class. My professors cared about the law, but they cared about much more than that. They really cared about the students, and they always encouraged us to explore the moral issues that arise in the law.”

Megan said she is not sure what she’ll do next after her clerkship, but she does know one thing: “I have a profound responsibility to use my skills and knowledge in service to those who are in need. I’ll be focused on that.” After his clerkship, Ryan said, he would like to continue working in the public-law area in Washington, D.C., where he currently resides with his wife, Anna.