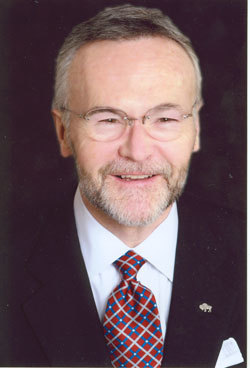 Robert M. Greene, a 1969 Notre Dame Law School graduate, received The Rev. John J. Cavanaugh, C.S.C., Award for outstanding public service. A specialist in health and not-for-profit corporate law, Greene has traveled to Haiti frequently on medical missions and to evaluate clinic sites for Global Health Volunteers, a ministry of Catholic Health East and Medicines for Humanity. He also has raised funds for the Catholic Charities Appeal and, most recently, to rebuild Notre Dame de Lourdes, an orphanage for Haitian girls which was destroyed in the January 12 earthquake. 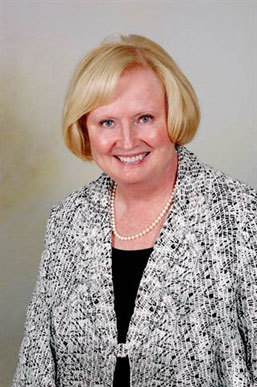 Patricia A. O’Hara, a 1974 Notre Dame Law School graduate, received The James E. Armstrong Award for distinguished service to the University. After six years in private practice in her native San Francisco, O’Hara returned to Notre Dame in 1981 to teach in the Law School, where she became a full professor in 1990. That same year, she was appointed vice president for student affairs, becoming the first woman to serve as an officer of the University. In 1999, she was appointed dean of the Law School, and served in that position for 10 years. Now on sabbatical, she will rejoin the Law School faculty during the 2010-2011 academic year.