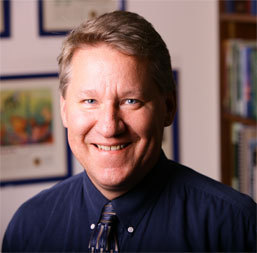 (appeared in the Chicago Sun-Times)
The Olympics have concluded to acclaim for China’s global leadership role, celebration of China winning the most gold medals, and new reports that China has extended its global lead in greenhouse gas emissions. The numbers supporting this news suggests that China should be prepared to address its pollution problems just as zealously as it prepared for the Olympics.

China’s status as the world’s greatest greenhouse gas emitter evokes two responses from Beijing. First, China claims that it is unfair to compare the emissions of its 1.3 billion people to the emissions of smaller, developed nations such as the United States. Second, China insists that the proper measure examines the amount of greenhouse gases that have been emitted into the atmosphere since the industrial revolution of the nineteenth century, and by that measure China lags far behind the U.S. and European countries that became rich thanks to burning fossil fuels during the past 150 years.

Nor does China fare well with its historical argument. China observes – correctly – that the total amount of greenhouse gas emissions since the nineteenth century pales in comparison to the U.S. So does China’s gold medal count. The U.S. has won 20% – 930 of 4,705 – of the gold medals awarded in the summer Olympics since 1896; China has won only 3%.

China’s choice of gold medals as the appropriate standard for “winning” the Olympics is questionable, too. China won a total of 100 gold, silver, and bronze medals, coming in second to the 110 medals won by the U.S. The parallel here is to the debate over the proper calculation of greenhouse gases. Most global attention is devoted to the carbon dioxide that is released into the atmosphere by the burning of fossil fuels, but emissions of methane and nitrous oxide are just as likely to contribute to the global warming effect. One of the leading sources of methane emissions is the flooded rice paddies that are common in China. Or, to provide another comparison, China’s leading role in emitted greenhouse gases is actually dwarfed by its lead in emitting the traditional air pollutants that cloud most Chinese cities.

All of this simply reminds us that statistics can be deployed for innumerable purposes, whether they are pollution statistics or Olympic medal statistics. The more important lesson for China is that its leading role in both categories demands greater leadership. There is no single right way to count emissions or medals, but everyone agrees that they want more of the latter and less of the former. Now is the time for China to demonstrate the same commitment of resources to reducing pollution that it did to host the Olympic games.

John Copeland Nagle is an environmental law professor at the Notre Dame Law School. He just returned from serving as a Fulbright Distinguished Scholar in Hong Kong, and he received another Fulbright to teach in Beijing in 2002.